India   All India  28 May 2017  Delhi: E-rickshaw driver beaten to death by 14 men for opposing public urination
India, All India

The driver prevented two boys from urinating near the Metro station after which they came with about 14 men and thrashed him to death. 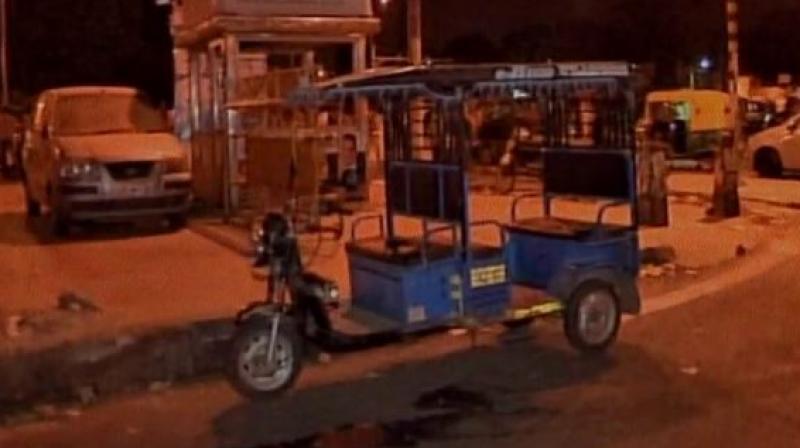 An e-rickshaw driver was allegedly beaten to death on Saturday in GTB Nagar after he prevented two students from urinating near Metro station. (Photo: ANI/Twitter)

New Delhi: An E-rickshaw driver was allegedly beaten to death on Saturday evening in GTB Nagar after he prevented two students from urinating near the Metro station.

As per the locals, two boys were drinking alcohol and were urinating near the Metro station, which was opposed by the E-rickshaw driver.

In order to take revenge, the boys later returned in the night to carry out the shocking act.

"14-15 men came together and started beating the man. Nobody came to help him. The man was beaten to death as the boys filled towels with stones and brutally thrashed him. They even started beating me. Somehow I was able to run away from here to ask for help," said one of the E-rickshaw drivers, also an eye witness.

According to another witness, the boys were possibly from Delhi University's Kirori Mal College, as one of the E-rickshaw drivers, Pramod dropped them in front of that college in the evening.

"The boys who did this, later in the evening went to Kirori Mal College, we can identify them. We even asked the police to search the CCTV footage, but they are not even ready to do so," said Pramod.