Myanmar is one of India's strategic neighbours and shares a 1,640-km-long border with a number of northeastern states. 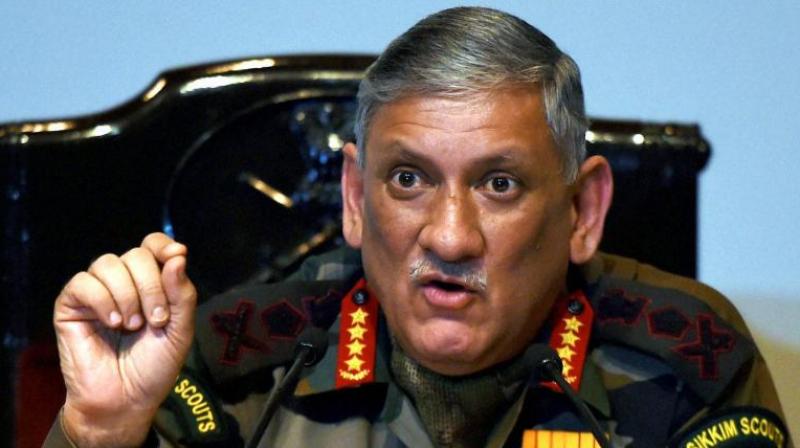 New Delhi: Army Chief Gen Bipin Rawat on Sunday left for Myanmar on a four-day visit during which he will hold talks with top military leaders there to further ramp up defence and security cooperation between the two countries.

Myanmar is one of India's strategic neighbours and shares a 1,640-km-long border with a number of northeastern states including militancy-hit Nagaland and Manipur.

Army sources said Gen Rawat will hold talks with the top military brass of Myanmar and will explore ways to further broaden security and defence engagements, particularly between the two armies.

Myanmar’s President Htin Kyaw had visited India in August last year during which the two countries had agreed to step up bilateral coordination between border guarding forces to ensure security in the areas along the border.

India has been concerned over some militant groups from the North-East region taking shelter in Myanmar. The country has been assuring India that it would not allow any insurgent group to use its territory against India.

The issue of cross border activities by certain insurgent groups might figure during talks between Rawat and Myanmar's military leadership.

In June, 2015 the Indian Army had carried out an operation in areas near the Indo-Myanmar against the NSCN (K) militants, days after militants had killed 18 Army men in Manipur.