India   All India  28 May 2017  24 Indians trapped in Saudi over promise of skilled jobs; 'masters' seize passports
India, All India

When the men refused to do menial jobs, they were asked to pay Rs 2.2L each for cancellation of work agreement and return of passports. 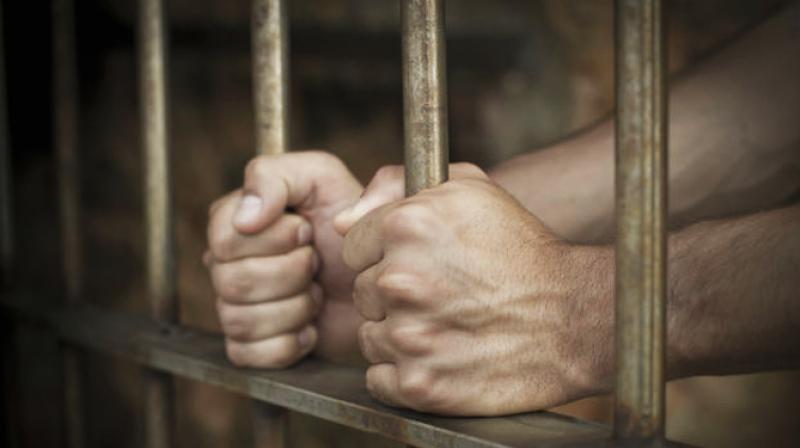 The prison-like room with a single toilet to be shared by twenty-four, is a charity from other Telegus living in Riyadh. (Photo: AFP/Representational)

Hyderabad:  Twenty-four young men from Telangana, Andhra Pradesh and Odisha were deceived by their consultants and have since then been suffering in a dingy room in Riyadh for the past two months.

The consultants in Hyderabad processed the youths’ visas projecting them as skilled labourers such as fitters, draughtsmen, and plumbers. Once sent in five batches, the managers washed their hands off any responsibility regarding these youths, said a report in the Mumbai Mirror.

Though shown as skilled workers, ‘masters’ in Riyadh offered these men unskilled jobs like cooking, ploughing, gardening and cleaning after seizing their passports. While speaking to Mirror over phone from Riyadh, one of the youths said, “When we express our inability to do the unskilled jobs, they are asking us to pay 12,600 riyals (nearly Rs 2.2 lakh in Indian currency) each to cancel the work agreement and return our passports”.

The prison-like room with a single toilet to be shared by twenty-four, is a charity from other Telegus living in Riyadh.

With the onset of the Ramzan month, their movements have been restricted. Some of the men have been reported to be sick.