Over the past decade, the volume of defence trade between the two countries has increased from almost zero to USD 18 billion 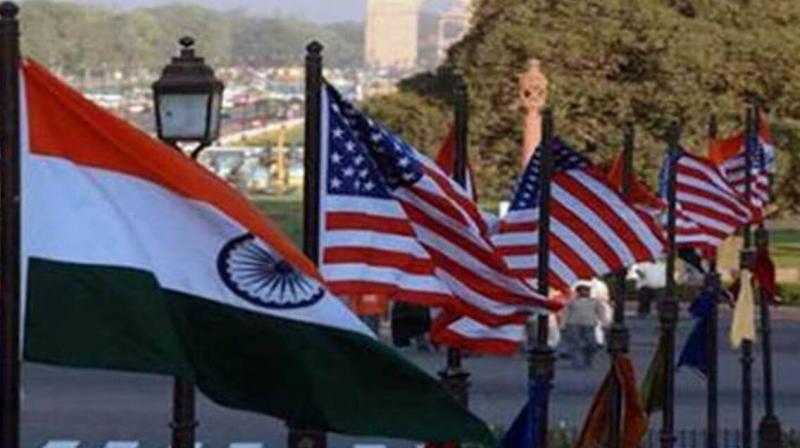 Major American companies like Boeing, Lockheed Martin and General Atomics are eyeing the Indian market now, which is projected to grow exponentially over the next decade. (Representational image: PTI File)

Washington: India offers huge opportunities for the US in bilateral defence trade but its offset requirements pose an enormous challenge in doing business with the country, a former top Pentagon official has told top American lawmakers.

Ellen Lord, who previously served as the Under Secretary of Defence for Acquisition and Sustainment (A&S), told members of the House Armed Services Committee on Wednesday that the US is in talks with India on several multi-billion key defence sales, including the Guardian drones.

"India has enormous opportunities but also enormous challenges. We have never been able to get the overarching security agreements with India that we would hope.

"We have challenges with things like the S-400 (Russian anti-aircraft missile system being bought by India) being on contract and so forth. Additionally, the challenge of doing business, I can tell you in India is enormous because of offset requirements there to be able to provide a local business," Lord said.

Under India's offset policy, foreign defence entities, for all contracts worth Rs 2,000 crore or more, are mandated to spend at least 30 per cent of the total contract value in India through procurement of components, transfer of technologies or setting up of research and development activities.

However, the offsets are not applicable to procurements under 'fast track procedure' and in 'option clause' cases if the same was not envisaged in the original contract.

Over the past decade, the volume of defence trade between the two countries has increased from almost zero to USD 18 billion.

Major American companies like Boeing, Lockheed Martin and General Atomics are eyeing the Indian market now, which is projected to grow exponentially over the next decade.

"So, enormous potential, but I would say the opportunity and the challenge is to work with the Indian government to streamline policies and procedures, make them consistent so that it is a pretty predictable venue for US business and government to invest in, Lord said responding to Senator Mark Kelley, who recently returned from a trip to India.

"From our recent discussions, I believe there is a willingness to strengthen the US-India security and industry partnerships. What thoughts do you have on how we can accomplish that? And do you agree this will also benefit US strategic interests at a time when Russia is looking to shore up their own ties with India, Kelley asked.

"So, this is an opportunity for us to build some ties through the sale of some of our military equipment, which I'd like to see," Kelley said.

Senator Kirsten Gillibrand, who just returned from a trip to India and Nepal, said both countries would love to acquire US-produced helicopters and other weaponry.

"The challenge is that it just takes too long. It is so cumbersome to create any acquisition fluidity with these countries that it's easier to buy from Russia or not in those cases but China," she said.

"I think we have to understand that our cumbersome nature in acquisitions is highly problematic from the way we project power worldwide, but also so that our warfighters can have the most lethal and most effective technology possible," Gillibrand said.

Lord conceded that this delay is because of the bureaucracy in the Pentagon and the State Department.

"We have a very risk-averse workforce that is extremely concerned about media attention or congressional hearings, pointing out when things didn't go well. This is leading to a group that does not want to do anything other than what there's precedent for before. So, I think we need to encourage and train to use things," Lord added.