Sadhvi Pragya said the term “saffron terror” was coined by the Congress to falsely implicate her. 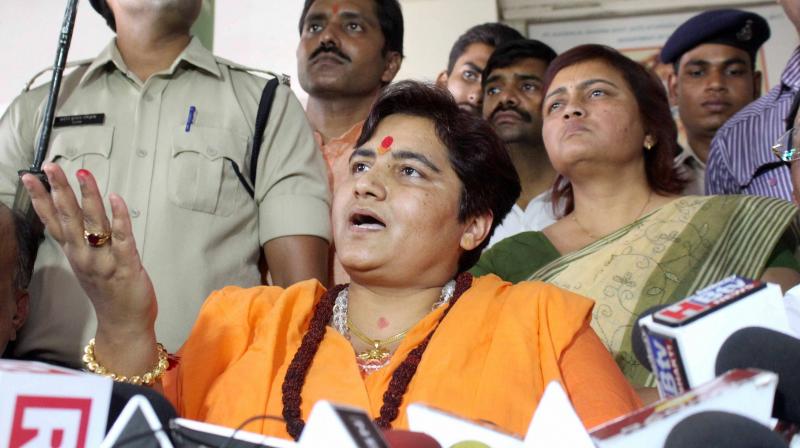 Bhopal: Malegaon blast case accused Sadhvi Pragya Thakur on Thursday pleaded her innocence saying she is a victim of the Congress’s highhandedness.

“I am victim of conspiracy by Congress,” she said.

The saffron leader alleged that she was tortured by male members of the anti-terrorist squad (ATS) of Mumbai including its chief late Hemant Karkare, slain in the Mumbai terror attacks in 2011.

“No woman in post-Independence period in India has suffered the torture they inflicted on me,” she said.

Ms Pragya, who was being treated in a government ayurvedic hospital under police custody, was on Thursday released on bail.

“The ATS took me from Surat to Mumbai on October 10, 2008 and kept in illegal custody for 13 days during which I was subjected to inhuman torture,” she said.

“I was tortured by male members of the ATS including Hemant Karkare and Kanvilkar, rendering me permanently sick.”

“I was put on a ventilator for five days then. Today, I have to depend on others. I am physically and mentally broken now,” she told reporters while “breaking her silence” after eight years and seven months of incarceration.

“I am alive till date because of my willpower,” she added.

She said the term “saffron terror” was coined by the Congress to falsely implicate her.

“It was P. Chidambaram who first uttered the term saffron terror. It has already been established that there was no such thing. The saffron terror was a story scripted by Congress,” she said.