As many as 68 people were killed in the blast. 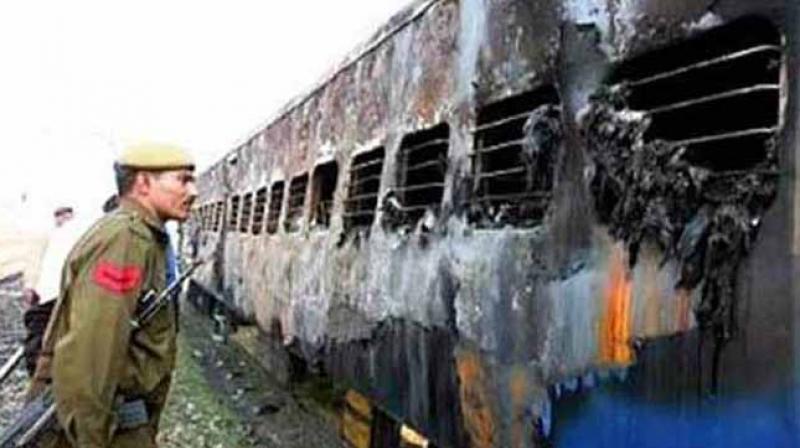 The blast had ripped apart two coaches of the cross-border train. (Photo: AP/File)

Panchkula: A special court here, which had acquitted Swami Aseemanand and three others in the Samjhauta Express blast case, has said a dastardly act of violence remained unpunished for want of credible and admissible evidence.

All the four accused -- Naba Kumar Sarkar alias Swami Aseemanand, Lokesh Sharma, Kamal Chauhan and Rajinder Chaudhary -- had been acquitted by the court here on March 20. "I have to conclude this judgment with deep pain and anguish as a dastardly act of violence remained unpunished for want of credible and admissible evidence.

There are gaping holes in the prosecution evidence and an act of terrorism has remained unsolved," NIA court Judge Jagdeep Singh said in his judgment. The blast in the India-Pakistan train took place near Panipat in Haryana on February 18, 2007, when it was on its way to Attari in Amritsar, the last station on the Indian side.

As many as 68 people were killed in the blast. The judge said terrorism has no religion because no religion in the world preaches violence. "A Court of Law is not supposed to proceed on popular or predominant public perception or the political discourse of the day and ultimately it has to appreciate the evidence on record and arrive at final conclusion on the basis of relevant statutory provisions and settled law applicable thereto," he said in the detailed judgment made public on March 28.

"Since findings of a court of law are based on admissible evidence as per law, the pain becomes more acute when perpetrators of heinous crime remain unidentified and unpunished," he said. The judge observed that "suspicion, however, grave cannot take place of proof".

"It is further trite to say that suspicion, however grave, cannot take the place of proof and it is cardinal principal of criminal jurisprudence that charge against an accused can only be established by adducing evidence beyond reasonable doubt. A few bits here and a few bits there on which prosecution relies cannot be held to be adequate or connecting the accused with the crime in question," he said in his judgment.

"In criminal cases, conviction cannot be based upon morality and there must be admissible and credible evidence to base conviction and moreover it is well settled canon of criminal jurisprudence that 'fouler the crime higher the proof' and mandate of law is that the prosecution has to prove the charges beyond all reasonable doubt," the special court judge said.

The blast had ripped apart two coaches of the cross-border train. The Haryana police registered a case, but the probe was handed over to the National Investigation Agency (NIA) in July 2010. The NIA filed a charge sheet in July 2011 against eight people for their alleged roles in the terror attack. Of the eight, Swami Aseemanand, Lokesh Sharma, Kamal Chauhan and Rajinder Chaudhary appeared before the court and faced trial.

Sunil Joshi, the alleged mastermind of the attack, was shot dead near his home in Madhya Pradesh's Dewas district in December 2007. The three other accused -- Ramchandra Kalsangra, Sandeep Dange and Amit -- could not be arrested and were declared proclaimed offenders. Aseemanand was out on bail, while three others were in judicial custody. The NIA had charged the accused with murder and criminal conspiracy, and under the Explosive Substances Act and the Railways Act.