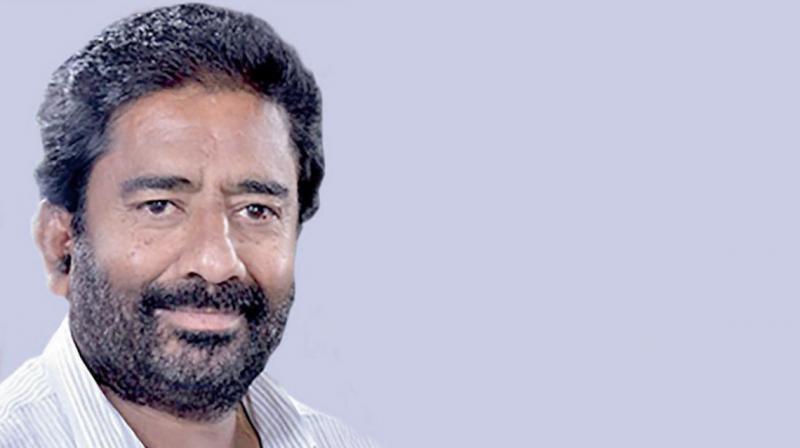 New Delhi: The banning of Shiv Sena MP Ravindra Gaikwad from flying after he allegedly assaulted an Air India official at New Delhi’s IGI Airport last week rocked Parliament on Monday. The Congress, which apparently supported the Shiv Sena MP and attacked the airlines in the Rajya Sabha, took the opposite line in the Lok Sabha the same day. There are, meanwhile, some reports that indicate the government may be considering tweaking civil aviation rules to disallow airlines from blacklisting passengers to enable the Shiv Sena MP to fly again. His party also rallied behind the MP and targeted the airlines.

The Delhi police, on its part, said it had recorded the statements of all persons who were present at the spot during the incident.

The Shiv Sena MP got support from unlikely quarters in the Rajya Sabha, with Naresh Agrawal (Samajwadi Party) raising the issue, asking whether the airlines could take such action even before the MP was found guilty of misconduct. The SP Rajya Sabha member said Mr Gaikwad being put on the “no-fly” list was probably the first in Indian history as no one had so far been banned from flying for unruly behaviour in India. He was supported by Congress MPs Hussain Dalwai and Rajani Patil, who also questioned the ban on the MP.

Mr Agrawal was not allowed to raise the issue by deputy chairman P.J. Kurien on the ground that it pertained to a member of the other House.

In the Lok Sabha, members of the Shiv Sena, an ally of the ruling BJP, created an uproar demanding the lifting of the ban on flying on their MP. The Shiv Sena’s leader in the House, Anandrao Adsul, who raised the issue, said he was only seeking lifting of the ban on flying imposed on Mr Gaikwad by all major airlines after he assaulted a 60-year-old duty manager of Air India on March 23.

The Shiv Sena members also entered into an argument in the Lok Sabha with Congress MPs who were demanding an apology from the MP.

The government, however, justified the action by the airlines. Civil aviation minister P. Ashok Gajapati Raju admonished Mr Gaikwad for indulging in violence on the flight last week. “I never in my wildest dreams thought an MP will get caught in such an incident,” he said, adding: “Violence of any kind (on board an aircraft) can be disastrous.”

Mr Adsul said the ban was against the Constitution and the law and the government must intervene immediately. He also talked about the privileges of MPs, responding to which the minister said: “An MP is also a passenger... We have to keep safety issues in mind.”

With the minister giving no positive response, the Shiv Sena members expressed their unhappiness by trooping into the Well of the House.

Telling the MPs this was not right, Speaker Sumitra Mahajan told them: “Message achha nahi jaa raha hai (The message going out is not good)... This is not the way.”

Television news reports on Monday evening quoted sources saying the government was contemplating some changes in civil aviation regulations to bar airlines from being able to blacklist passengers, so that the bar on Mr Gaikwad could be lifted and he could be allowed to fly again. Six airlines, including Air India (on whose flight the unsavoury incident had occurred), had put the Shiv Sena MP on a “no-fly” list.

These reports claimed that this was decided after a 45-minute meeting between the civil aviation minister, the Lok Sabha Speaker and Shiv Sena MPs on Monday on the flying ban on Ravindra Gaikwad. Despite repeated attempts, the civil aviaition ministry refused to comment on the issue so far.

In Delhi, a senior police official said it has recorded the statement of all persons who were present at the spot when the incident took place.

“We have also asked for details of the video and CCTV footage of the scuffle,” he added.

A case has been registered under Sections 308 (attempt to commit culpable homicide), 355 (assault or criminal force with intent to dishonour person) of the IPC.

On Monday, a team of the Delhi police crime branch under the supervision of DCP (crime branch) Ram Gopal Naik reached IGI Airport to record the statement of Air India staff members.

On Friday, the Delhi Police had registered an FIR against Shiv Sena MP Ravindra Gaikwad for assaulting an Air India staffer, and the case was transferred to its crime branch for further investigation.

The police team recorded the statements of 15 people, including 60-year-old duty manager Sukumar, in the case.

Other Air India staff members who were present during the scuffle also gave their statements to the police.