Fighter that ‘transformed’ the IAF 56 years ago

The MiG-21 was a transformational acquisition for the IAF, and in some ways even for India. 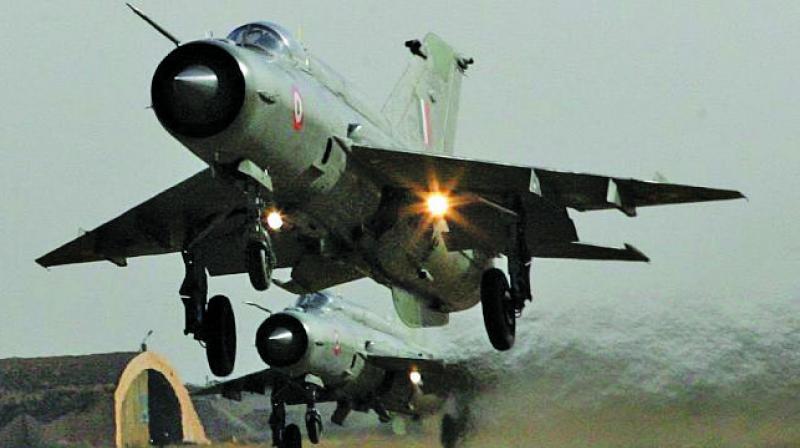 In what would have been a case study in the private sector, the IAF made a conscious decision to take the technology, but not the procedures and tactics.

The iconic Mikoyan-Gurevich MiG-21, named, as all Soviet aircraft were in those days, for their designers, was first inducted into the Indian Air Force (IAF) in 1963.

Ponder that for a moment. That was 56 years ago. And as news today confirms, the aircraft whose pilot has been posted “missing in action” after engaging Pakistani aircraft intruding into Indian airspace, is still seeing action on the country’s borders.

The MiG-21 was a transformational acquisition for the IAF, and in some ways even for India. It was the IAF’s first non-Western combat aircraft, and the first non-Western weapon system acquired after Independence. It was a huge change, going far beyond the language of the manuals.

In what would have been a case study in the private sector, the IAF made a conscious decision to take the technology, but not the procedures and tactics.

The IAF used the MiG-21, and later the Su-7 and other Soviet hardware in ways their designers had never intended. Because of the different ways we operated, we needed different ancillary equipment, mai-ntenance schedules, and much else. The Soviets, planning for massive continent-wide land battles, built and deployed the MiG-21, as they did most of their military kit, in vast numbers, intending to stockpile them at different locations throughout Central Europe. If it came to war, their fighter regiments would fly them intensively from one location for a week or two of intense operations, with the emphasis on turning them around for a short period as fast as possible, and with no concern for preserving engine or airframe life. Operating life was measured in days, or at most weeks.

The MiG-21’s designers had not remotely imagined operating the same airframes for decades as India has done. They would have been flabbergasted at the longevity of this classic little 1950s design. A new generation of Indian aviators, including the first three Indian women qualifying as combat pilots, still use the MiG-21. At a time when the IAF is in the news, we might remember that we have done things with aircraft that even their designers didn’t think of.

— The author has written on the Indian Air Force and military issues in developing countries for over 20 years. He is the son and son-in-law of Indian Air Force officers. He has published around 50 articles, including in American, British and Japanese publications, and one book. His next book, The Forgotten Few, to be published by HarperCollins in June, will cover the Indian Air Force in World War II.