In the video which did the rounds of Pakistani media, the pilot is seen identifying himself as Wing Commander Abhinandan of the IAF. 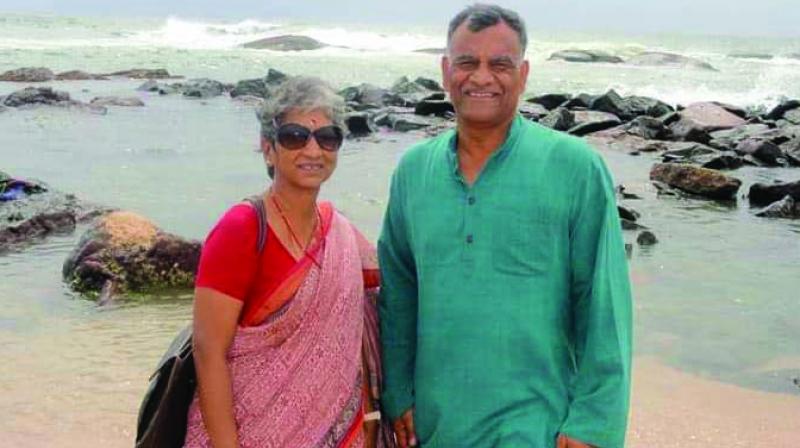 Chennai: As irony would have it, IAF pilot, Wing Commander Abhinandan Varthaman’s father Air Marshal Simhakutty Varthaman was the consultant for the Mani Ratnam movie Kaatru Veliyidai. The film plot revolves around the story of a fighter pilot captured in Pakistan.

The 2017 film starts with images of the Kargil War during which an IAF fighter jet is shot down by the enemy. The pilot Varun Chakrapani aka VC (Karthi) ejects from the aircraft and lands in enemy territory and is surrounded by the Pakistani Army. They imprison him in Rawalpindi and subject him to torture. While being held captive, he reminisces about his romance with Leela (Aditi Rao Hydari). It might appear as if fiction has become fact to haunt the Air Marshal, a recipient of the PVSM, as his son has become a PoW.

Karthi, who starred in the movie as the captured pilot who later escapes Pakistan custody in Kattru Veliyidai, refused to speak on the subject as too sensitive at the moment. Karthi and those who made the movie are hoping that he will return home safely soon.

Earlier today, the Ministry of External Affairs (MEA) said IAF lost a MiG 21 Bison aircraft in an engagement with Pakistani Air Force who had entered Indian airspace on Wednesday. The government confirmed that a pilot is missing in action.

The statement came after Pakistani media showed a video of a blindfolded man dressed in flying overalls being questioned by Pakistani security officials. Pakistan claimed that the man was an Indian Air Force (IAF) pilot.

In the video which did the rounds of Pakistani media, the pilot is seen identifying himself as Wing Commander Abhinandan of the IAF. He gives out his service number – 27981 - and refuses to answer further questions.