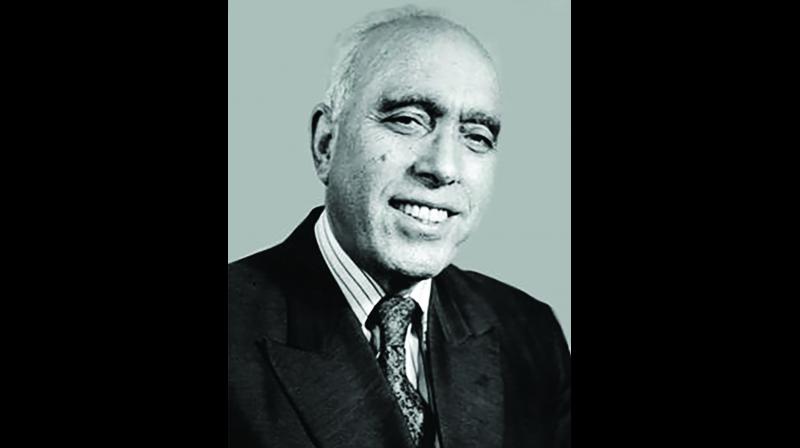 SRINAGAR: Sheikh Muhammad Abdullah is known in India and beyond as the man who became instrumental in bringing predominantly Muslim Kashmir to it. But no road — not even a bylane — has been named after him in Delhi, the capital of the country he opted for after rejecting Mohammad Ali Jinnah’s the two-nation theory by ratifying the instrument of accession signed by Dogra Maharaja Hari Singh in 1947.

But leave naming a place or an edifice after the Sheikh in Delhi alone, even in Jammu and Kashmir where he served both as Prime Minister and twice as chief minister, the legendary leader’s name is being erased from various official events and citations by the present administration which is reported to be under tremendous pressure from the BJP and like-minded political groups to remove his name also from various roads, official building including hospitals and stadia and institutions.

On the eve of Republic Day, the J&K administration announced a change in nomenclature of police medal for gallantry and police medal for meritorious service, removing the word “Sher-e-Kashmir” from it. The Sheikh is known to his supporters as “Sher-i-Kashmir” — Urdu for the “Lion of Kashmir”.

In last week of December, the J&K administration had announced cancellation of the state holiday on December 5, the Sheikh’s birth anniversary. As per the new list of holidays for the calendar year 2020 declared under the Negotiable Instruments Act, 1881, the government also withdrew July 13 as a state holiday to mark the ‘martyrs’ day’ which came as a big disappointment to vast sections of Muslims of J&K which was stripped of its special status and split up into two UTs on August 5 last year. Many people termed it as an “onslaught” on their ethos and a “deliberate attempt” to “hurt” their sentiments.

The government, however, declared October 26, the day J&K’s autocratic Maharaja Hari Singh signed the Instrument of Accession with Indian Union in 1947, as an official holiday. This decisions were welcomed by the BJP and like-minded and several other mainstream political parties based in Jammu which were, however, upset over the government’s not acceding their longstanding demand that September 23-the birthday of the last Dogra ruler of the erstwhile state-be declared as a state holiday.

National Conference (NC), while reacting to the government’s latest decision-changing the nomenclature of Sher-i-Kashmir police medals, said that it depicts the mindset the present ruling dispensation in Delhi which “is out to bruise whatever is dear to the people of J&K and whatever is important in history.”

The NC alleged that J&K administration at the behest of those in power at the Centre is taking its “vendetta to a higher level” and by doing so also “distorting history”. A statement signed by Peer Afaq Ahmed, former lawmaker and the party district president for Srinagar, said, “It is a calibrated effort to trim every single symbol of J&K’s political individuality. The present ruling dispensation in New Delhi heaving with subjective prejudices and complexes against ideals revolving around the Indian Constitution and the spirit of its accommodative federalism hasn’t ceased its witch-hunt against everything recognizable with Sheikh Muhammad Abdullah.” He also said the present ruling dispensation “still fears a leader, who has physically left the world three decades back”.

However, former deputy chief minister and senior BJP leader Nirmal Singh welcomed the government’s decisions and said that it should remove Sheikh Abdullah’s name also from various official buildings and institutions as he “had a past of stoking communal divide”. He claimed that the NC flag was made the state flag and that the Sheikh “never did anything substantial for the freedom of the country”. He added, “I would go a step forward and say that as Abdullah never had any base in Jammu, having universities or infrastructure in his name — Sher-i-Kashmir — should be reconsidered.”

NC spokesman Imran Nabi Dar regretted “ignorance” of Nirmal Singh and asked “Does he know who floated the slogan of ‘Hindu, Muslim, Sikh Itihaad (unity) and preached and practiced it as well and how the same reverberated in J&K when the sub-continent had been engulfed by communal frenzy ahead of the Partition”.