Kashmir Press Club: The Supreme Court has held access to internet as a constitutional right 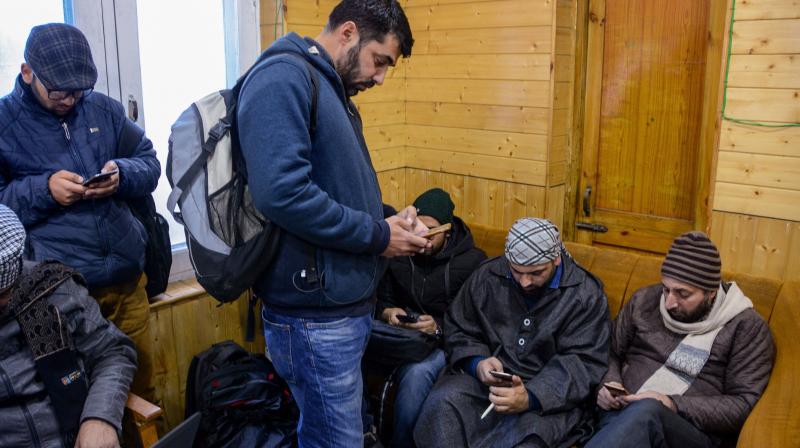 SRINAGAR: The Kashmir Press Club (KPC) on Tuesday protested the denial of internet services to media organizations and working journalists in the Kashmir Valley and asked the government to restore them immediately.

The issue was discussed at a meeting of the KPC’s office-bearers and special invitees and a statement issued later said the internet ban has been in place for 25 weeks, as a result of which media institutions and their personnel have been put to great difficulty. The government’s refusal to restore internet services to media organizations and journalists is being seen as a deliberate attempt to stifle the press in the region, the statement said.

Pointing out that the Supreme Court in its January 10 verdict had defined access to internet as a constitutionally guaranteed right, the statement said the government has taken no steps to ensure that this right was available to media fraternity in the Kashmir Valley.

“The government has singled out media organizations and journalists by not restoring their internet. There has been no direction to service providers about restoring internet services to media houses and journalists,” the statement said.

It added, “It has also came to the fore that internet service providers are seeking a written undertaking in which subscribers are asked to provide complete access to all content and infrastructure as and when required by security agencies. This is a serious breach of individual rights and right to privacy.”

The KPC further said that in its recent decision on restoration of 2G internet services, the authorities did not take into consideration net neutrality and instead white-listed 301 websites. “The majority of local news, national and international news websites are not among these white-listed websites. It is quite strange to understand the process or the yardstick adopted for white-listing the websites,” the statement said, adding “We once again remind the government about its duties to ensure freedom of press as well as right to access the internet which the Supreme Court has declared as an integral part of Article 19 (10) (A)”.