India   All India  28 Jan 2020  Air-India jumbo kept ready as countries prepare to pull nationals out of Wuhan
India, All India 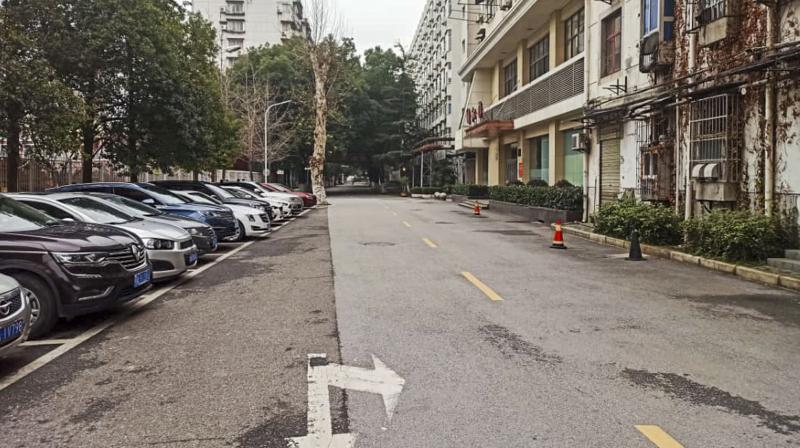 This Jan. 27, 2020, photo provided by Dr. Khamis Hassan Bakari of Tanzania, shows an empty street in Wuhan, China. Bakari is among more than 4,000 African students in the Chinese city of 11 million people, and has been sending updates on social media about the outbreak of a new virus to the more than 400 other Tanzanian students in Wuhan, as China’s astonishing lockdown of more than 30 million people continues. (AP)

MUMBAI: Flag carrier Air India has kept one of its 423-seater jumbo planes ready in Mumbai for the evacuation of Indian citizens from Wuhan in China in the wake of the coronavirus outbreak in that country, an official source said on Tuesday.

The United States, Japan and other nations raced Tuesday to get their citizens out of the locked-down Chinese city at ground zero of a virus epidemic, as the death toll surged to 106 and the number of confirmed infections doubled to over 4,500.

Air-India sources told PTI that the airline is awaiting necessary approvals from the ministries of external affairs and health to operate the special flight, the source said. The health ministry's nod is required because the operating crew has to fly in a virus outbreak territory.

"We have kept a Boeing 747-400 ready in Mumbai to operate an evacuation flight to China whenever we get a go ahead from the government," the source said.

Some 250 Indians are to be evacuated.

At a meeting of top secretaries called by the cabinet secretary on Monday, the government decided to be prepared for possible evacuation of Indian nationals in Wuhan.

Accordingly, Ministry of External Affairs will make a request to the Chinese authorities for evacuation of Indian nationals, mostly students, stuck in Wuhan city. The Ministry of Civil Aviation and Ministry of Health will make arrangements for transport and quarantine facilities respectively, an official release said on Monday.

Thousands of people from several nationalities are trapped in Wuhan and the surrounding provinces, which are under lockdown to stop the spread of the contagion.

"The virus is scary, but the biggest fear for me is that this thing will go on for months, and it will get harder and harder to get supplies, and to live."

Governments are scrambling to devise ways to safely get their citizens out of the city of 11 million.

Japan announced it would send a chartered flight to Wuhan on Tuesday evening to evacuate about 200 of 650 Japanese nationals.

"We will also bring with it aid supplies such as masks and protective suits for Chinese people as well as for Japanese nationals," foreign minister Toshimitsu Motegi said in Tokyo.

Motegi said the plane would leave Wuhan on Wednesday morning, and that efforts were being made to organise more flights.

The United States was also trying to organise a rescue mission. A chartered California-bound flight with limited space had been scheduled to leave Wuhan on Tuesday with consular staff and some American citizens. But the State Department said it was postponed to Wednesday, without giving a reason.

France has said it intends to fly its citizens out of the city in the middle of this week.

Several other countries also were working to repatriate their people, while Germany said it was considering doing so.