Lauding the performance of Cong in the Gujarat assembly elections, Ramesh said the results were a sign that the party is making a comeback. 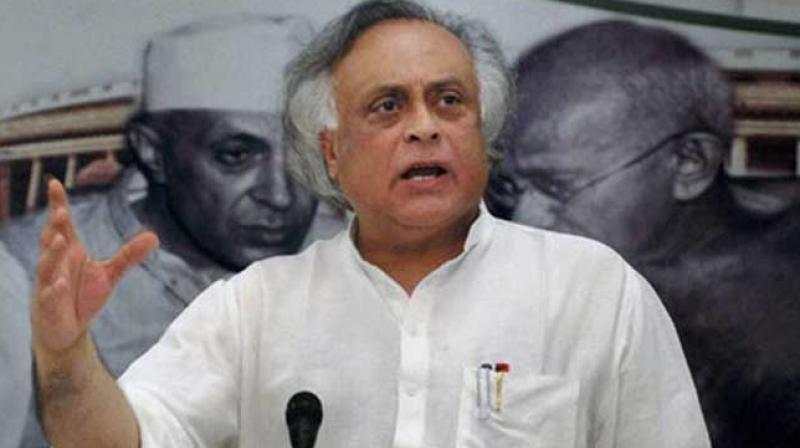 Kolkata: Senior Congress leaders should now act as "mentors and not tormentors" and the party should ensure that young leaders take over the reins before the 2019 Lok Sabha polls, party leader Jairam Ramesh has said.

He said that the Gujarat Assembly election result was an indication that the party was making a comeback and observed that Rahul Gandhi is a "full-time politician" post-Gujarat.

"The old people in the Congress should now act as mentors and not tormentors. These are the people who can advice, guide. They have seen the world and have a role in Parliament, but you have to get younger people too..." he told news agency PTI in an interview.

The former Union environment minister was in Kolkata to attend the Tata Steel Kolkata Literary meet.

Asked if senior leaders in the party should bow out before the 2019 Lok Sabha polls, he said, "There are young leaders like Sachin Pilot, Jyotiraditya Scindia, Gaurav Gogoi, Sushmita Dev, we should project them."

Lauding the performance of his party in the Gujarat assembly elections, Ramesh said the results were a sign that the party is making a comeback.

"We have made a big comeback in Gujarat with 41 per cent votes. Gujarat has been the first sign of revival and there is no doubt about it. The party should have formed government in Goa and Manipur too. We could not win the elections due to under-the-table dealings of the BJP," Ramesh alleged.

"The fact that Prime Minister Modi had to spend so much time in Gujarat was an indication that they were nervous and stopping them at 99 seats, when the BJP was targeting 150, was a big morale booster," he said.

The BJP had won 99 seats in the 182-member Assembly, its tally dipping from 115 in the last elections.

Terming Prime Minister Modi as the "biggest showman the world has ever seen", Ramesh claimed that the substance of PM Modi's speeches are "mostly bogus" but is presented in a very convincing manner.

The former Union minister feels the Congress is yet to learn to act as an opposition party in Parliament as the party had been in power for many years, he said.

Admitting that the Congress had faced a "serious crisis" after the 2014 Union elections, he said the party should try to bring together all secular forces, this time, to counter the BJP.