Mathur rejected PMO's objection in disclosing the information on grounds of 'national security'. 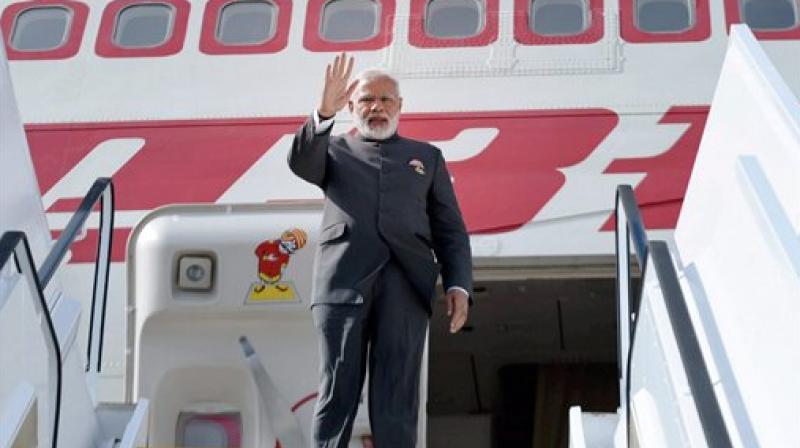 Deciding two separate cases, RK Mathur, however, exempted the PMO from disclosing the names of security personnel and people linked to the security details of the prime minister. (Photo: PTI)

Mathur rejected PMO's objection in disclosing the information on grounds of "national security".

Deciding two separate cases, RK Mathur, however, exempted the PMO from disclosing the names of security personnel and people linked to the security details of the prime minister.

"The commission is of the view that the name/list of non-government persons (having no connection with the security) who had accompanied the prime minister on his international visits...should be provided to the appellant," he said.

The cases came before the Central Information Commission - the final appellate authority in matters related to Right to Information - after applicants Neeraj Sharma and Ayub Ali did not receive a proper response to their applications seeking details of delegation members accompanying the prime minister on his foreign visits.

Sharma filed an RTI application in July 2017, while Ali's application was filed before the PMO in April 2016.

In a recent order, Mathur directed the country's top office to provide information within 30 days. During the hearing, Sharma told RK Mathur that he has been informed that the list of members of delegation accompanying the prime minister on domestic and foreign tours cannot be disclosed on security grounds as the same is exempted under Section 8(1)(a) of the RTI Act.

"(Neeraj Sharma) stated that this same information was available on the website during the tenure of former prime minister Manmohan Singh," Mathur noted.

The PMO stated that details of the prime minister's visits are available on their website, he pointed out. However, the names of the delegation members accompanying the prime minister on domestic and foreign visits cannot be disclosed due to security reasons as the threats differ from person to person, it said.

"Further, the respondent (PMO) stated that the composition of the prime minister's team cannot be revealed to the appellant on 'national security' grounds," CIC RK Mathur noted in Ali's order.

In the order, Mathur said that the PMO Central Public Information Officer (CPIO) has stated that budget details are available on their website, which the appellant may access on the given web-link.

"Besides, he (the CPIO) stated that they do not have records of electoral meetings held by the prime minister," the CIC said.