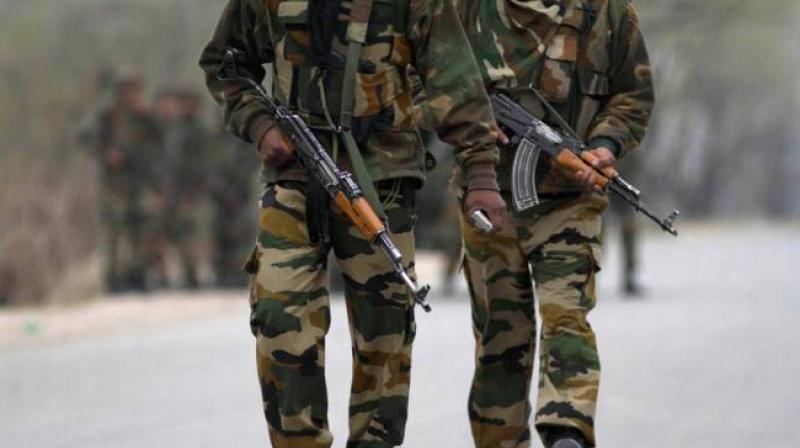 New Delhi: The Army is buying jerseys, boots and other such items for its soldiers from state-owned ordnance factories at rates much higher than market ones, leading to a huge loss to the exchequer, an internal defence ministry report says. The report suggests the entry of private companies and competitive pricing to fix the problem.

The revelation comes amid a worrying string of videos put out on social media by jawans to highlight the poor quality and quantity of items supplied to them.

Sample these: the Army is spending 175 per cent more for a woolen jersey, buying it for Rs 1,900 against its market rate of Rs 690.

Even the humble mosquito net with its market rate of Rs 388 comes at Rs 780 for the soldiers (up by 101 per cent). Clearly, much of what is spent is going waste, indicating an easy solution for the jawans’ problems may well lies in the Army’s accounts books.

With the Army’s annual requirement being 4.44 lakh woolen jerseys and 6.72 lakh pairs of high-ankle boots, the avoidable loss to the exchequer for woolen jerseys would be Rs 53.72 crore, while it works out to Rs 121.6 crore for the boots.

Based on the agreed levels of annual demands, five ordnance factories supply the Army’s clothing requirements. While the bulk of tents, boots, mosquito nets, sleeping bags, mattresses, ground sheets, parachutes, tents and poncho glaciers comes from Kanpur, the others factories are in Shahjahanpur (for shirts, trousers, jersey, coats, caps and socks), Avadi (for trousers, jacket, parachutes, shorts, overalls), and at Hazratpur (for trousers, coats and bag kits).

The findings point out at a pricing policy of the OFBs (ordnance factory boards) that aim at recovering the entire cost of production in respect of items issued to the services.

Slamming the pricing policy, a document — part of a 2016 internal defence ministry report — says: “The endemic slippages are a cause for serious concern to the Army...Absence of a sound pricing policy formula and non-adherence to uniform pricing policy in their various factories lead to inflated fixation of prices by the OFB. Hence the cost of DGOF (directorate-general ordnance factories) products is far higher than the cost of the same item in trade”.

Suggesting the entry of private companies, the documents point out: “Their (OFBs) pricing should be competitive with the market and realistic. (They) should compete in the tendering process with private competitors”.

The provisioning route is itself a very long one. In 2015-16, the total number of steps involved in provisioning by the depot till placement of supply order to the vendor was 36, leading to a total running time of 313 days.