‘Reign of terror prevailing’ in UP: Activists 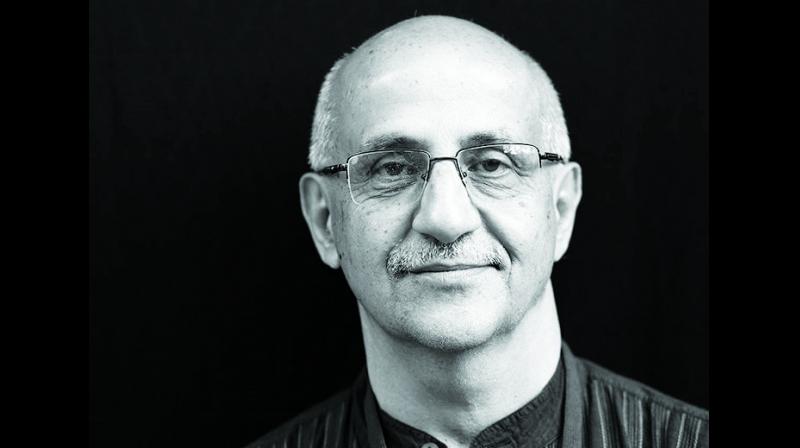 New Delhi: Rights activists on Thursday alleged that a “reign of terror” was prevalent in Uttar Pradesh and the police was framing false charges against people to crack down on protests against the Citizenship Amendment Act (CAA) and the National Register of Citizens (NRC).

More than 1,100 people are under arrest and 5,558 have been kept in preventive detention following violence related to the anti-CAA protests. The death toll in police clashes across the state has risen to 19. Over 140 have been arrested in the national capital when protesting outside UP Bhawan on Thursday while protests continued for the 11th day at Shaheen Bagh (Jamia Milia).

The National Human Rights Commission has issued a notice to the UP police chief after receiving various complaints alleging that “violation of human rights” on the part of the police had occurred during the ongoing anti-CAA protests in the state.

“A reign of terror is prevailing in Uttar Pradesh,” Swaraj India leader Yogendra Yadav said. Citing “police brutality” against Aligarh Muslim University (AMU) students, activist Harsh Mander alleged that it seemed that the entire state was at “an open war with a segment if its citizens”.

Mr Mander added that according to law the government could use the details gathered in the National Population Regi-ster (NPR) to identify people as “doubtful citizens’ and then use it for the NRC.

He also alleged that the Central government was spreading “blatant lies” on NRC and NPR to forward its “divisive agenda”. Kavita Krishnan of the AIDWA, who was part of a fact-finding commission that visited Meerut where people have died in anti-CAA protests, alleged that police was framing false charges against people to crack down on protests.

At the same event, act-ors Swara Bhaskar and Mohammed Zeeshan Ayyub read out an appeal to the courts seeking ind-ependent judicial probe into the violence against protesters in UP.

In UP, police claimed it has arrested 1,113, including social activist and Congress worker Sadaf Jafar and noted theatre artist Deepak Kabir who are being kept in a Lucknow jail. A journalist with The Hindu was also detained by the police but later released. Police in Lucknow has faced allegations of excesses in curbing protests in the state capital.  Ms Jafar’s family has alleged she suffered internal injuries because of police action. Similar allegations have been levelled by Mr Kabir’s family too. Mr Kabir was arrested when he had gone to check on the report of Ms Jafar’s arrest.

In the state’s Sambhal district, 26 people have been served notices to pay for property damage in anti-CAA protests. Superintendent of Police, Sambhal, Yamuna Prasad said posters of 150 people have been released and 55 have been identified for their involvement in violent protests. The assessment of damage is going on and till now losses to the tune of `11.66 lakh to public property have been found, the ADM added.

Senior Superintendent of Police (SSP) Anand Deo Tiwari said in Lucknow claimed hands of “outsiders” including those from “Kashmir and Bangladesh” in the anti-CAA violence in UP. “The police investigation has revealed that the violence during protests against the CAA on Friday and Saturday in Kanpur took place in an organised manner. The preliminary probe suggested the involvement of outsiders, including Bangladeshis and Kashmiris,” said the SSP.

Meanwhile, while Rashtriya Lok Dal leader Jayant Chaudhary visited the family of Noor Muhammad who was allegedly killed during protests in Muzaffarnagar, UP minister Kapil Dev Agarwal refused to meet the families of the two Muslim men who died in the recent protests terming them “upadravi” (vandals) in Bijnor. During Friday’s violence, 20-year-old Suleman, an IAS aspirant, and 25-year-old Anas lost their lives.

“Why should I go to vandals; place? How can those who are involved in vandalism and put the entire country and state in arson be social,” minister Kapil Dev Agarwal asked, defending his decision to not visit the homes of the two Muslim families. Congress leader Priyanka Gandhi Vadra on Sunday met the families of those dead in the violence in Bijnor.

Alleging that the BJP government was afraid of Hindu-Muslim unity, Samajwadi Party supremo Akhilesh Yadav sought to know when a probe into “police brutality” during widespread protest in the state against CAA would be ordered.

Meanwhile, a video purportedly showing policemen damaging parked vehicles in Jabalpur city of Madhya Pradesh, which witnessed violent protests against the CAA have surfaced on social media. The Jabalpur police said on Thursday that it would examine the authenticity of the video.

Incidents of police allegedly smashing up vehicles after violence during anti-CAA protests, supposedly to teach a lesson to the protesters, have been reported from other parts of the country. In Bhopal, Madhya Pradesh home minister Bala Bachchan said he would be able to comment only after ascertaining the facts. On December 20, curfew was imposed in Gohalpur, Hanumantal, Kotwali and Adhartal areas of Jabalpur city after miscreants pelted stones, clashed with the police and destroyed property during an anti-CAA protest.