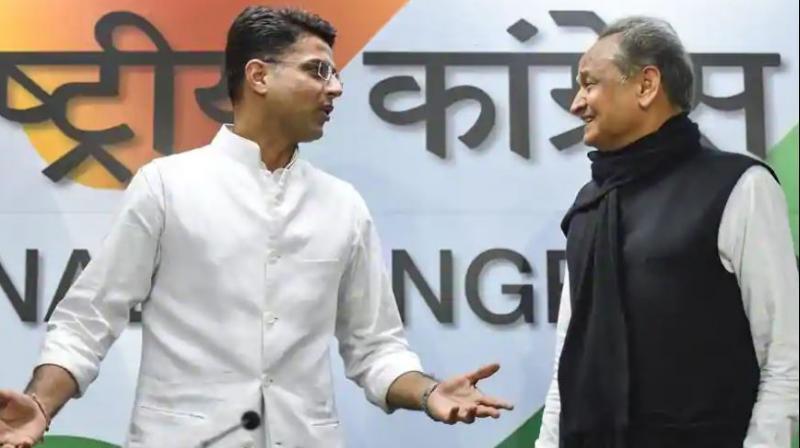 Jaipur: Rajasthan Governor Kalyan Singh allocated portfolios to the council of ministers late on Wednesday night with the advice of Chief Minister Ashok Gehlot who has kept nine departments including the key finance and home with him.

Deputy Chief Minister Sachin Pilot was allocated the portfolios of Public works, Rural development, Panchayti Raj, Science and Technology and statistics, according to the orders issued by cabinet secretariat here.

The cabinet expansion took place on Monday when 13 cabinet and 10 ministers of state took oath.

The move came after Gehlot and Pilot held meetings with Congress president Rahul Gandhi in New Delhi on Wednesday. The all-important distribution of portfolios had been pending over reported disagreement between Gehlot and his deputy on the allocation of key portfolios such as home and finance.

Harish Chaudhary was allocated revenue and Ramesh Chand Meena given food and civil supply. Anjana Udailal was made cooperative minister and was also given Indira Gandhi canal project department, Pratap Singh given transport and soldier welfare departments while Shale Mohammad given the portfolio of minority affairs and waqf.

Portfolios among the ministers of state were also allocated with Govind Singh Dotasara being made MoS education (independent charge), and was also given tourism and devsthan.

Mamta Bhupesh was given women and child development department (independent charge) along with minority affairs and waqf.