Deceased was identified as Balkishan, who according to relatives, died in police custody on Monday night. 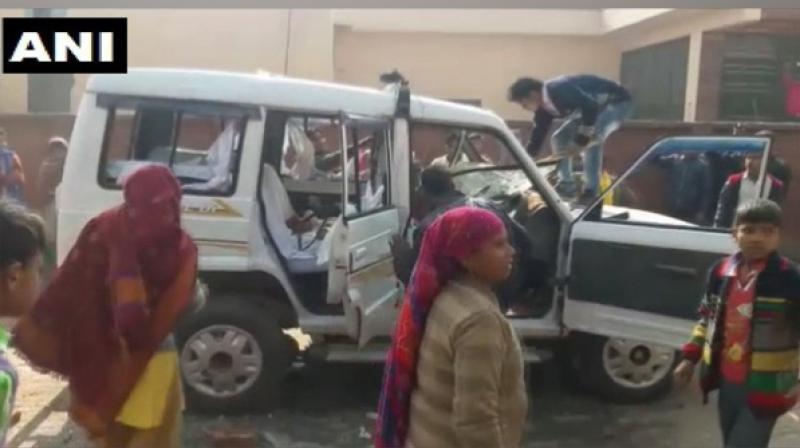 Enraged over the death of Balkishan, a mob also went violent and ransacked the car of a Sub-Divisional Magistrate (SDM). (Photo: ANI)

Amroha: Eight cops including the Station House Officer (SHO) of Dhanaura police station at Amroha have been suspended for "dereliction of duty" in the case of alleged custodial death of a Dalit man on Tuesday.

Police have also set up a departmental inquiry to investigate the matter.

The deceased was identified as Balkishan, who according to relatives allegedly died in the police custody on Monday night.

However, the district police denied the claim and asserted that the man who was arrested four days ago on the basis of suspicion in a case of theft, reported unwell in the morning and was rushed to the district hospital for treatment.

Sharing details of the case, Vipin Tanda, Superintendent of Police (SP), Amroha said, "One person was arrested on the basis of suspicion. He was brought to Police Station and was interrogated. However, today morning he was not feeling well and hence was immediately rushed to the Community Health Centre (CHC) and district hospital thereafter."

Enraged over the death of Balkishan, a mob also went violent and ransacked the car of a Sub-Divisional Magistrate (SDM). They also staged a protest and created a ruckus outside the police station and halted the traffic at Dhanaura-Chandpur road.