India   All India  27 Dec 2018  2 Navy sailors die after aircraft door falls on them at Kochi Naval Base
India, All India

Naveen and Ajeet Singh were passing by when the door was 'dislodged from its supporting rails above' and fell on them. 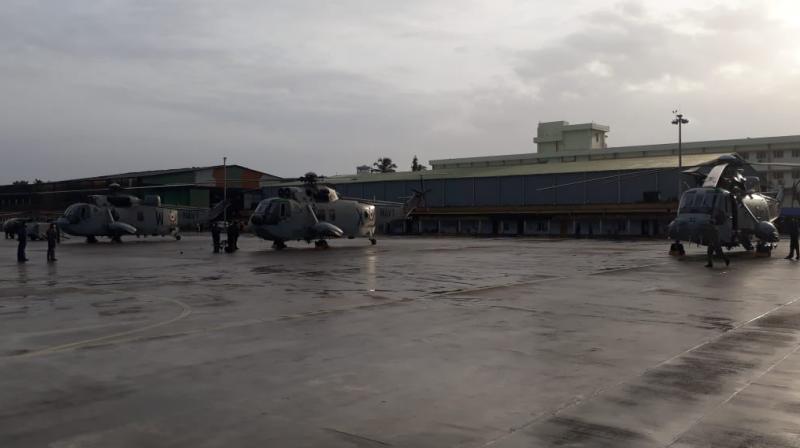 The accident took place around 9 am on Thursday at the headquarters of the Naval Command. (Photo: File | Twitter @PIB_India)

Kochi: In a freak mishap, two Navy personnel were killed on Thursday when a door of an aircraft hangar collapsed at the naval base here, the Navy said.

The two, sailors attached to the aviation electrical branch, were "tragically killed when one of the hangar doors of the Indian Naval Air Squadron 322 collapsed at INS Garuda," a defence statement said.

Naveen (28) and Ajeet Singh (29) were passing by when the door was "dislodged from its supporting rails above" and fell on them, it said.

Initial reports had said the two were killed when the hangar collapsed on them.

"Both the sailors were rushed in a critically injured state to the naval hospital, INHS Sanjivani, where despite best efforts of the doctors to resuscitate them, they succumbed to their injuries at about 9:40 am," the statement said.

A board of inquiry has been ordered into the cause of the accident, it said.

Naveen, from Bhiwani district of Haryana, had joined the Indian Navy in 2008 and is survived by wife and two-year-old daughter.

Ajeet Singh, belonging to Bharatpur district of Rajasthan, had joined the Navy a year later and leaves behind wife and five-year-old son, the statement added.