DoPT has said movement of officers from states to the Centre and back is crucial for building capabilities at the state-level. 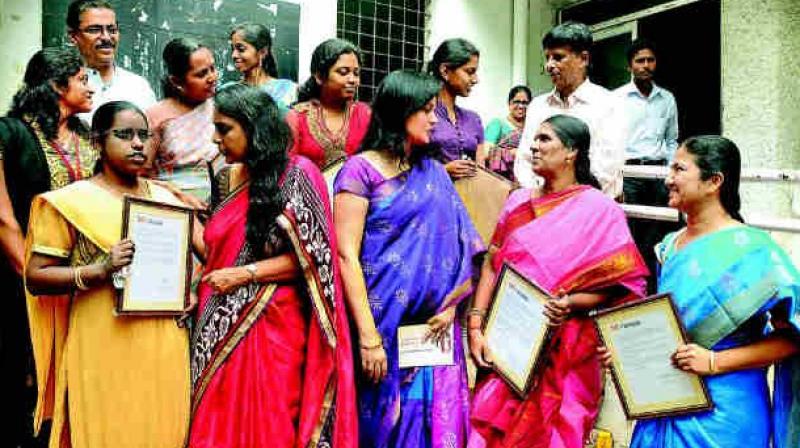 It asked the state governments to ensure that an officer once placed on the offer list for central deputation continues to be available for consideration throughout the year. (Representational image)

New Delhi: Aiming to provide greater representation to women as well as officers belonging to the Scheduled Caste (SC) and Scheduled Tribe (ST) communities in Central deputation, the government has asked state governments to nominate more women officers and SC and ST officers for Central postings under the Central Staffing Scheme for 2017.

In a letter to chief secretaries of the states, the Department of Personnel and Training (DoPT) has said movement of officers from states to the Centre and back is crucial for building capabilities at the state-level and contributing towards developing national perspective at the decision- making levels in the government.

“It would, therefore, be appropriate if a conscious attempt is made to forward the names of officers for deputation under the Government of India in such a manner that every eligible officer has an opportunity to serve at the Centre at least once at the middle management level,” it said.

It further stated that there was a general shortage of IAS officers at Deputy Secretary or Director level and the state may like to recommend a sufficiently large number of officers for appointment to posts at these positions at the Centre at least in proportion to actual strength so as to share the shortage appropriately between the Centre and the states.

Asking the state governments to pay particular attention while recommending the names of officers under the Central Staffing Scheme (CSS), the DoPT said, “Sufficient names of women, SC and ST officers may be sponsored so that adequate representation can be provided to them on posts under the CSS.”

It asked the state governments to ensure that an officer once placed on the offer list for central deputation continues to be available for consideration throughout the year.