The Vistara CEO also made it clear that his airline had “no intention” of switching to a low-cost business model. 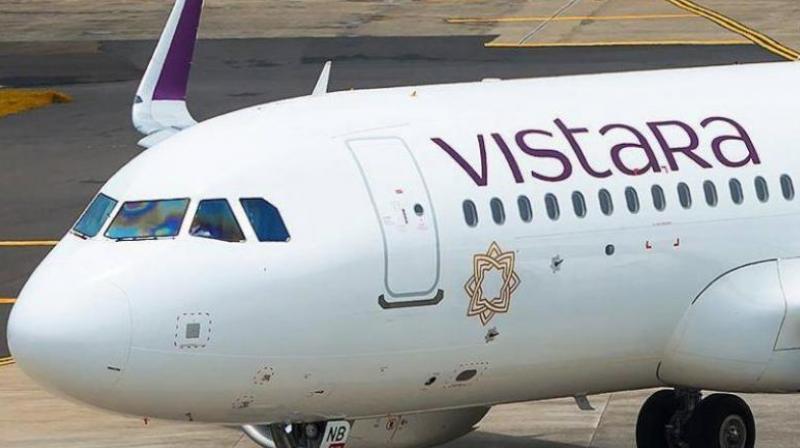 The airline is set to begin long-haul overseas flights by March next year on its soon-to-be-inducted Boe-ing 787 dreamliner aircraft.

New Delhi: After launching its fourth overseas destination flight to the Sri Lankan capital Colombo recently, full-service carrier Vistara has already begun the planning to launch its long-haul flights overseas from next year and is raising its service standards a “notch or two” on its international flights above those on its domestic flights to compete with foreign carriers flying abroad, Vistara CEO Leslie Thng said on Tuesday.

The airline has been eyeing London as its first possible long-haul overseas destination for several months now but the destination is yet to be finally announced. Vistara had earlier this year launched flights to Singapore, Dubai and Bangkok. The airline is set to begin long-haul overseas flights by March next year on its soon-to-be-inducted Boe-ing 787 dreamliner aircraft. The Vistara CEO also made it clear that his airline had “no intention” of switching to a low-cost business model.

Speaking to reporters, Mr Thng said the Boeing 787 dreamliner aircraft would join the Vistara fleet by February-March next year and that the airline was planning to begin its long-haul overseas flights using these aircraft by the “northern Summer” (March) next year. The Vistara CEO was speaking at an event in the capital to mark the launch of “co-branded” credit cards with SBI Card which will offer benefits to travellers such as “one-way premium economy tickets on joining and achieving spends-based milestones, complimentary Club Vistara Silver tier membership and up to six free cancellation of tickets booked on Vistara channels.