India   All India  27 Nov 2019  Government non-committal on issue of restoring internet in J&K
India, All India

Government non-committal on issue of restoring internet in J&K

Speaker Om Birla said the matter is not in the domain of the Ministry of Electronics and IT. 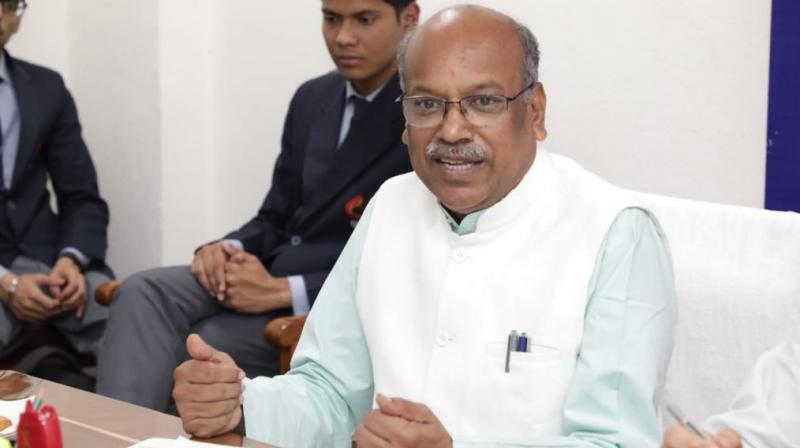 Union minister of state for Electronics and Information Technology Sanjay Dhotre rose to reply that due to security reasons, some restrictions have been imposed in Kashmir. (Photo: Twitter | @SanjayDhotreMP)

New Delhi: The government on Wednesday remained non-committal over the issue of restoring Internet facility in the Kashmir Valley.

When the House was discussing issue of broadband and Internet facility in rural areas of the country during Question Hour in Lok Sabha, National Conference MP Hasnain Masoodi said Internet has not been available in the Kashmir Valley for the last four months and asked when the facility will be restored.

Speaker Om Birla said the matter is not in the domain of the Ministry of Electronics and Information Technology.

However, Masoodi countered that he was asking a question on broadband and Internet facility.

With this, Union minister of state for Electronics and Information Technology Sanjay Dhotre rose to reply that due to security reasons, some restrictions have been imposed in Kashmir.

"The situation has improved a lot now," Dhotre said, without giving any indication when the Internet facility will be restored in Kashmir.

Pre-paid mobile phones and all Internet services continued to remain suspended in Kashmir Valley since 5 August when the Centre announced the decision to abrogate Article 370 of the Constitution and to bifurcate Jammu and Kashmir into two Union territories.

The minister said the Internet is being currently accessed mainly through mobile wireless technologies, which at present covers more than 95 per cent of the population of the country.

As of June 2019, the total number of Internet and broadband subscribers were 23.8 crore and 20.3 crore respectively in rural areas of the country, he said.

Dhotre said as per data collected from the Telecom Service Providers (TSPs) in 2019, it is estimated that out of total 5,97,618 inhabited villages (as per the Census 2011) in the country, 5,69,897 are covered by mobile services.

Mobile coverage in remaining villages is being provided by the government and telecom service providers in a phased manner "BharatNet project is being implemented in a phased manner to provide broadband and Internet connectivity to all Gram Panchayats (approximately 2,50,000) in the country.