A day earlier Upendra Kushwaha had said that he wants PM Narendra Modi to return in 2019 but “will not tolerate insult against the party”. 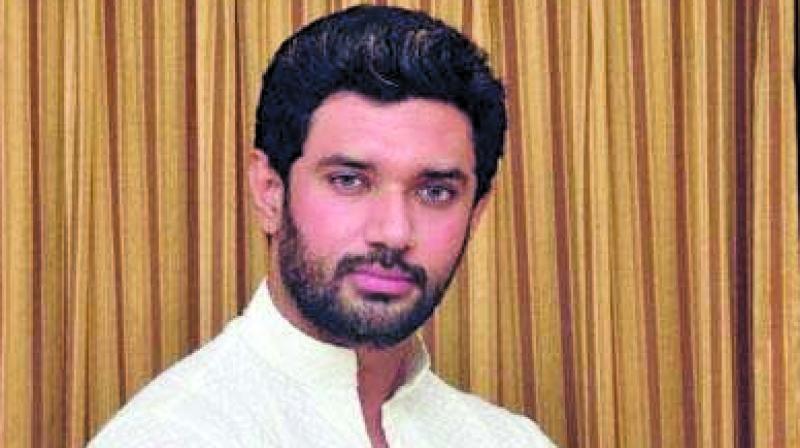 His statement came a day after Upendra Kushwaha reiterated his demand for respectable and early seat sharing. Chirag Paswan has also been upset with Upendra Kushwaha for meeting opposition leaders.

“He can’t sail on two boats at the same time. He has also been speaking against NDA leaders and chief minister while he is still part of the alliance which is not good”, LJP leader Chirag Paswan said on Monday. Sources said Chirag Paswan’s statement against Upendra Kushwaha is an indication that he has been “completely sidelined” by NDA constituents in Bihar after he asked BJP leadership to act against Chief Minister Nitish Kumar for calling him “neech” during an event earlier this month.

A day earlier Upendra Kushwaha had said that he wants Prime Minister Narendra Modi to return in 2019 but “will not tolerate insult against the party”.

His November 30 deadline to the BJP leadership for seat adjustments has also created a flutter in the NDA.

Sources said that the BJP- JD (U) is likely to share 17 seats each and Ram Vilas Paswan’s Lok Janashakti Party (LJP) may get six seats if RLSP is sidelined. In 2014 Lok Sabha elections the BJP along with NDA partners — LJP and RLSP had bagged 31 seats in Bihar.

The BJP won 22, LJP six and RLSP three seats. The JD (U) which had contested alone had won only two seats.

Upendra Kushwaha while addressing his party workers during rallies and public meetings in Bihar has been saying that seats being offered by NDA for 2019 general elections was “not respectable” and wants the BJP to reconsider his demands for “more than three seats”.

There is also a buzz that Mr. Kushwaha may make take some crucial decisions in the first week of December if his November end ultimatum to the BJP fails.

“His ultimatum could be an attempt to put pressure on the BJP. His statements have been creating confusion”, Chirag Paswan said.