Kartarpur corridor will erase 'enmity' between India and Pakistan: Sidhu

Sidhu also thanked PM Imran Khan for making this corridor possible which he said will help promote peace between the two countries. 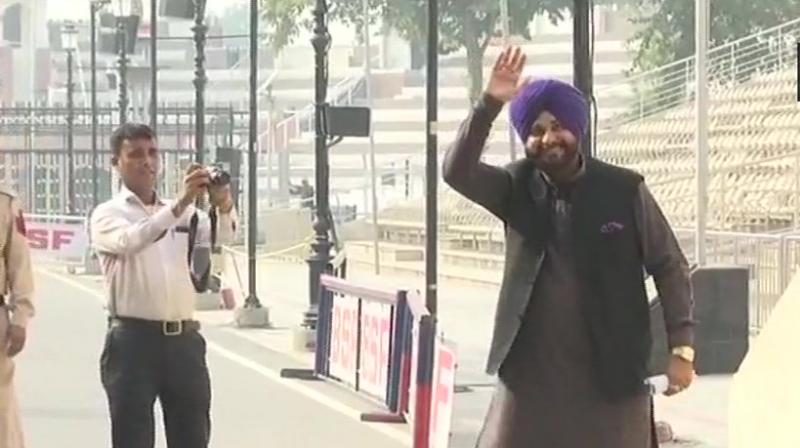 Lahore: Terming Kartarpur as a "corridor of infinite possibilities", Punjab Cabinet minister Navjot Singh Sidhu said Tuesday that such initiative would promote peace and erase "enmity" between India and Pakistan.

Sidhu, who arrived here along with a group of Indian journalists to take part in the groundbreaking ceremony of the Kartarpur Corridor in Narowal, some 120 km from Lahore, was greeted at the Wagah Border by officials of Pakistan's Punjab province.

The 4-km-long corridor will connect Dera Baba Nanak in India's Gurdaspur district with Gurdwara Kartarpur Sahib Narowal in Pakistan. The corridor will provide visa-free access to the Indian Sikh pilgrims to the gurdwara.

Prime Minister Imran Khan will perform the groundbreaking of the corridor on Wednesday. Sidhu thanked Khan for making this corridor possible which he said will help promote peace between the two countries.

"This will erase enmity between the two nations," he said. "The seed Imran Khan had sown three months ago has become a plant. It is a happy moment for the Sikh community that the corridor to reach Kartarpur to get Baba Guru Nanak's blessing without any hassle," he told the media at Wagah.

He said the wait of 73 years is over after the opening of the corridor. He termed it as a "corridor of infinite possibilities" and said through such initiatives, peace would be promoted (between the two countries).

Kartarpur is located in Shakargarh in Narowal district of Pakistan's Punjab province. It is said that Guru Nanak Dev, the founder of Sikhism, had spent more than 18 years of his life there.

The Kartarpur Sahib Gurdwara is located on the banks of the Ravi River, about three-four kilometres from the border in Pakistan.