M Nageswar Rao said it was a policy decision which he could not take in light of a Supreme Court order. 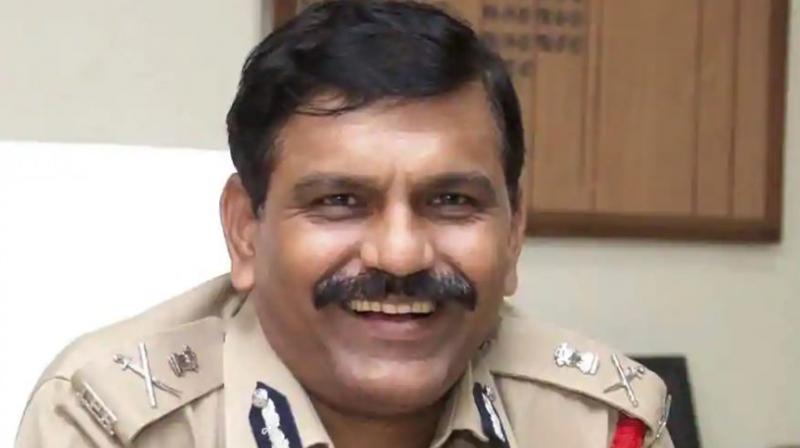 The Supreme Court had on October 26 barred IPS officer M Nageswara Rao, who was given interim charge of looking after the duties of the CBI director, from taking any policy decision or any major decision. (Photo: PTI)

New Delhi: CBI Director (in-charge) M Nageswar Rao has "turned down" a proposal conveyed "orally" by the then director Alok Verma to re-open a case of alleged corruption against Income Tax officers and a middleman, saying it was a policy decision which he could not take in light of a Supreme Court order.

A CBI spokesperson said the file was moved before the interim director but the request for reopening the case was turned down as giving an approval to it would have amounted to taking a policy decision which would have been against the guidelines of the court.

In 2016, the CBI had registered a case against nine senior Income Tax officials and three private persons, including Chartered Accountant Sanjay Bhandari, for allegedly indulging in corrupt practices.

The case had stemmed from another case registered by the agency in January, 2015 in which Bhandari was named along with an I-T officer, who was arrested while allegedly "receiving" a bribe from Shreyans Bhandari of SH Bhandari and Co, Chartered Accountants. The case was closed on the instructions of the competent authority, the then director Alok Verma, on March 13, 2018, Additional Director (in-charge) Praveen Sinha had noted in the file. He also noted that later during a visit to Madurai to inaugurate a CBI building, the competent authority had "orally observed" to re-open the case.

Sinha said Chennai unit has now sought orders in this regard. To this, Rao wrote that the "case has already reached its finality" on March 13, 2018 and the head of the unit had to take action accordingly.

While hearing the plea of Verma, who was sent on leave along with special director Rakesh Asthana amidst a tussle between the two, the Supreme Court had on October 26 barred IPS officer M Nageswara Rao, who was given interim charge of looking after the duties of the CBI director, from taking any policy decision or any major decision.

When asked about Rao's decision in the matter, the CBI spokesperson said after investigation and for want of evidence the decision was taken by earlier director (Alok Verma) on March 13, 2018 for closure of the auditor Sanjay Bhandari case.

Subsequently the file was moved for reinvestigation before the interim director, he said. "Giving an approval would have amounted to taking a policy decision which would have been against the guidelines issued by the Supreme Court, hence the request for reopening was turned down," the spokesperson said. The CBI did not say whether turning down the proposal to reopen the case would come in the ambit of the policy decision.