Atul Bora told reporters that they are surprised over the remarks of Mr Sarma targeting AGP. 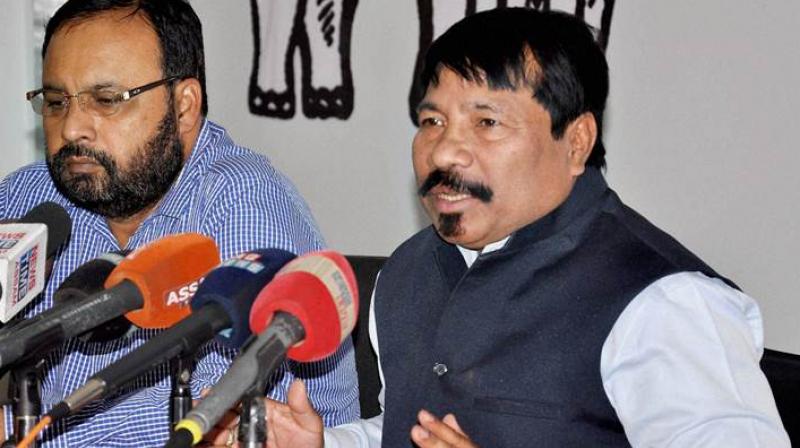 Guwahati: Despite the growing bitterness between the regional Asom Gana Parishad and the BJP on citizenship bill, the AGP president Atul Bora here on Monday ruled out the possibility of breaking the alliance but reiterated that they would continue to oppose the citizenship bill.

The AGP had convened the meeting of its highest decision making—-Steering Committee of the party on Monday to discuss the provocative statement of Assam Bharatiya Janata Party leader and finance minister Himanta Biswa Sarma who on Sunday dared the AGP to quit the alliance on the Citizenship Bill.

After the steering committee meeting, the AGP president and state agriculture minister Atul Bora, however, told reporters that they are surprised over the remarks of Mr Sarma targeting AGP.

The Assam finance minister on Sunday came before the media and said, “The Asom Gana Parishad has no moral right to oppose the Citizenship Bill, 2016.  It was because of the AGP leaders, who agreed to 1971 as the cut-off year for deportation of illegal migrants”  from the state of Assam instead of 1951.

He went on saying, “It was because of the Assam Accord that more than one crore illegal migrants who came to the state in between 1951 and 1971 could get the Indian citizenship thereby changing the demography of the state. After that, the AGP has lost its moral right to oppose the citizenship bill.”

It is significant that even if AGP quits the ruling alliance, numerically BJP will continue to enjoy the majority in the Assam assembly with the support of its other alliance partners—-Bodoland Peoples Front which has 13 MLAs besides two other from smaller parties. The BJP has 61 MLAs in the 126-member assembly.