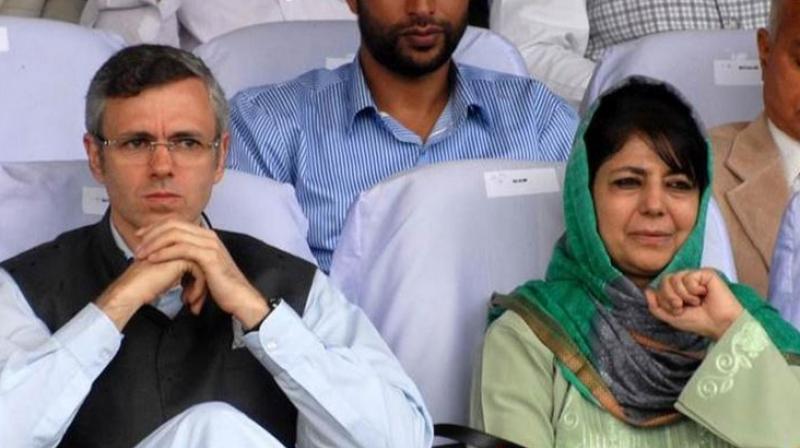 While Abdullah, who is vice president of National Conference (NC), said that he compliments the Governor “for not looking to Delhi and for not taking their instructions thereby stopping the installation of a government of the BJP and its proxies,” Peoples’ Democratic Party (PDP) president Mufti termed Malik’s step as “unprecedented”.

The Governor had in his speech at the pre-convocation academic conclave at ITM University in Gwalior, earlier during the day on Tuesday said that Sajad Gani Lone of the Peoples’ Conference (PC) would have become chief minister of J&K had he sought the opinion of New Delhi before dissolving the state assembly last week.

“I want to reiterate it that I would have had to form a government of Sajad Lone had I looked up to New Delhi but I didn’t want to go down in the history as a dishonest man,” he claimed.

Reacting to the Governor’s statement, Abdullah wrote on micro-blogging site Twitter, “I really don’t know what to make of Governor Sb revelations in Gwalior. We know the BJP & its proxies were desperate to form a government through horse trading & use of money but we’ve also never known a politically appointed governor going against the wishes of the centre.”

In another tweet, he said, “My compliments to Governor Malik for not looking to Delhi & for not taking their instructions thereby stopping the installation of a government of the BJP & its proxies formed by horse trading, defections & use of money.”

Mehbooba Mufti also chose Twitter to express herself on the issue. She said, “Leaving aside the fax machine fiasco, good to see that governor Sb refused to take dictation from Delhi, rather opted for dissolution of assembly. This could be unprecedented, given the story of democracy in the state.”

Governor Satya Pal Malik dissolved the Jammu and Kashmir Assembly on the evening of November 21 after the PDP leader Mufti and her arch rival Lone staked claim to form a government in the state. Both had claimed support of the required number of the MLAs.

Mufti had in her letter to the Governor informed him that NC with 15 members and Congress 12 members in the state Assembly have decided to extend their support to her party to form a government, taking their collective strength to 56.

On the other hand, Lone had claimed the support of BJP and more than 18 other MLAs which, he had said, was more than the required number of members (44) making a majority in the 87-member House.

Various mainstream political parties barring BJP had termed the Governor’s move of dissolving the assembly as “undemocratic and unconstitutional”.

Meanwhile, a Raj Bhavan spokesman in Jammu on Tuesday evening sought to clarify that the Governor while taking the decision to dissolve the assembly acted in an objective and impartial manner.

“There was no pressure or any kind of intervention from the Centre in the entire matter and some news Channels are misinterpreting Governor’s statement and putting them out of context to convey that there was pressure from the Central government,” the spokesman said in a statement.