Interestingly, when Mrs Gandhi took over as the interim chief of the party, the state unit chiefs of both Maharashtra and Haryana were replaced. 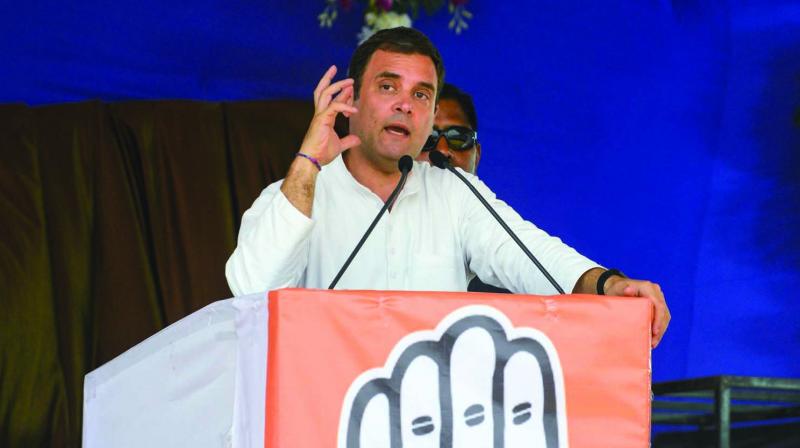 New Delhi: Congress leader Rahul Gandhi’s silence after the election results in Haryana and Maharashtra were announced has become a topic of hot discussion behind closed doors at the party headquarters.

Exceeding all expectations, the Congress did well in the recently-concluded elections.

The electioneering was handled by Congress president Sonia Gandhi’s team which ensured that the party comes up with respectable numbers in both the states after the drubbing it got in the Lok Sabha elections early this year. Interestingly, when Mrs Gandhi took over as the interim chief of the party, the state unit chiefs of both Maharashtra and Haryana were replaced.

The leaders who were replaced were chosen by Mr Gandhi and, even though there were several complaints against them, they were neither pulled up nor replaced.

The former Haryana state unit chief Ashok Tanwar also held a demonstration outside the residence of Congress president before quitting the party. Mr Tanwar is known to be close to Mr Gandhi. In fact, he was handpicked by Mr Gandhi.

After his removal the Congress’ tally in Haryana climbed to 31 from 16, thus ensuring that the party will be able to get a Rajya Sabha seat. The same is the case in Maharashtra.

But the complete silence of Mr Gandhi, who has not tweeted congratulations since the results were declared, has irked several Congress leaders.

One of the leaders, speaking on the condition of anonymity, told this newspaper that “presently we in the Congress are fighting for our political space. The adversary is strong and formidable. Such silence from Rahulji will only lower the morale of the workers and set tongues wagging.”

Mr Gandhi’s silence has also brought to the fore the tussle between the old and the young in the party.  With two Assembly elections coming up in the next few months, there is fear that if the Congress does not put its house in order soon it could lose steam even before the campaign starts.