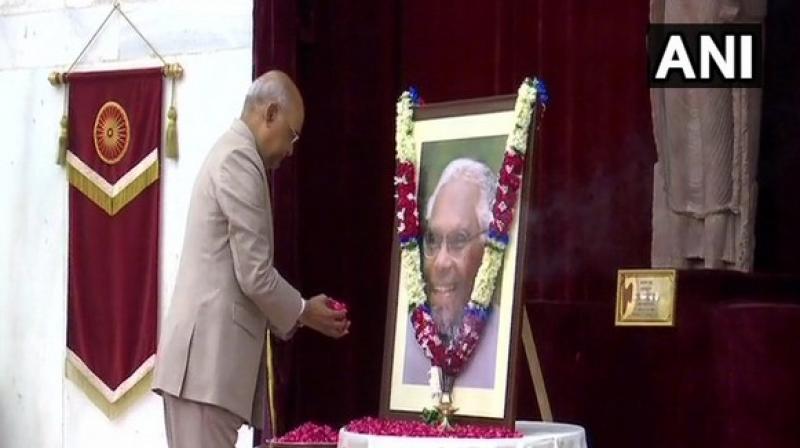 Several other officers and staff members also paid tributes in front of a portrait of Narayanan here.

Narayanan, born on October 27, 1920, was the tenth President of India and had served as ambassador to Japan, United Kingdom, Thailand, Turkey, People's Republic of China and the United States of America.