He recalled the events before the verdict by the Allahabad HC when some had tried to exploit the situation to their advantage. 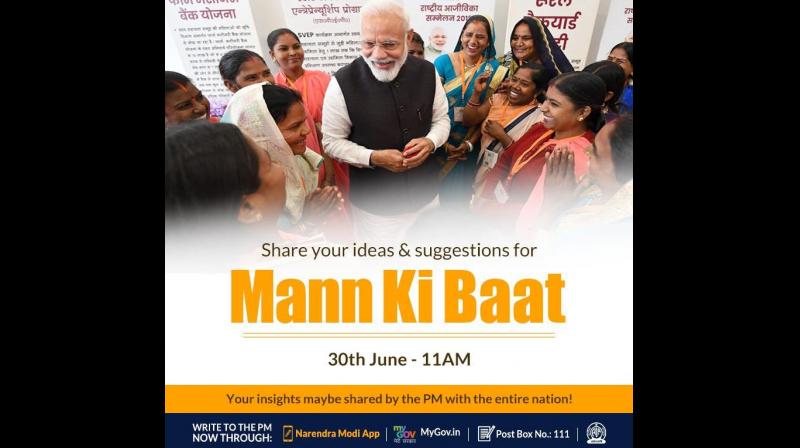 Addressing the people on his monthly radio address Mann ki Baat, the Prime Minister recalled the events before the verdict by the Allahabad High Court in 2010 when a section of people had tried to create a divide within the society with inflammatory remarks.

It was the civil society and political parties, he said, which played a mature role in uniting the people.

In his radio address, PM Modi recalled the events of September of 2010, when several "interest groups" had tried to exploit the situation to their advantage.

"Some loudmouths had made irresponsible statements just to hog the limelight ... It continued for five to 10 days," he said.

"Thanks to the people of India, social organisations, political parties, saints, seers and leaders of all faiths, it became a day that furthered unity," he said.

The judiciary was also respected by all after the verdict, PM Modi added.

A special bench of the Allahabad High Court had ruled that the disputed land in Ayodhya will be divided among the parties. Two-thirds of it was to be shared by two Hindu plaintiffs and one-third to the Sunni Muslim Waqf Board. But that order was challenged in the Supreme Court.

During the hearing of the title suit in the Supreme Court, PM Modi had once again rebuked "loudmouths" who were commenting on the issue.

It was seen as directed towards Shiv Sena chief Uddhav Thackeray, a BJP ally, who had been demanding that the government bypass the courts and issue an executive order to enable the construction of the Ram temple in Ayodhya.

The daily hearings in the decades-old temple-mosque dispute in Ayodhya came to an end at the Supreme Court last week.

The verdict in the case - which has dominated politics and the headlines for decades - is expected to come before November 17, when Chief Justice Ranjan Gogoi, who is leading the five-judge constitution bench hearing the case, is slated to retire.