However, a Srinagar-based defence spokesperson said he had no knowledge of any ceasefire violation on the LoC 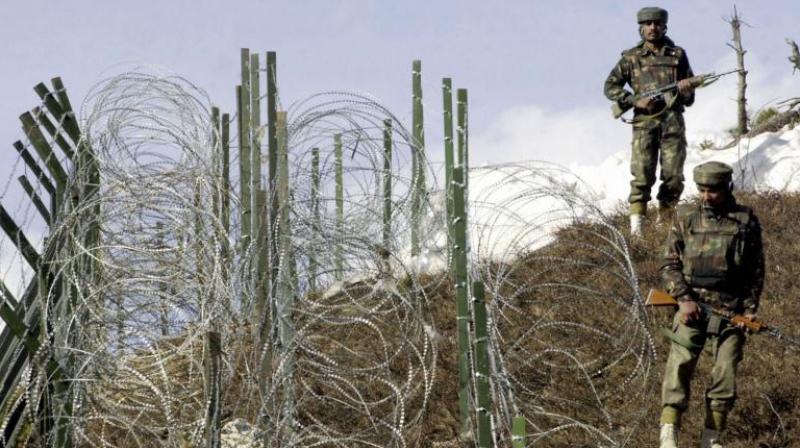 Pakistan too is silent on the reported incident. (Photo: AFP/Representational)

Srinagar: India and Pakistan troops are reported to have exchanged fire briefly along the Line of Control (LoC) in Jam-mu and Kashmir’s Kupwara district.

This is the first violation along the Kashmir Valley section of the de facto border since February this year when India’s Director General of Military Operations (DGMO) Lt. Gen. Paramjit Singh San-gha and his Pakistani counterpart Major General Nau-man Zakaria had agreed that the two armies will observe a ceasefire along the borders in Kashmir.

“The firing started at around 7.15 am and continued for about 10 minutes but without causing any loss of life or damage,” the sources said. They added that the Indian Army “responded in equivalent measure”. However, a Srinagar-based defence spokesperson said he had no knowledge of any ceasefire violation on the LoC.

Pakistan too is silent on the reported incident.

Lieutenant General Devendra Pratap Pandey, General Officer Commanding (GOC) of the Army's Srinagar-based 15 Corps or Chinar Corps, had earlier this week said that there has been no major ceasefire violation along the LoC after the renewal of the November 2003 ceasefire agreement with Pakistan in February.

The Indian Army had, however, after killing three ‘infiltrators’ in LoC’s Uri sector on Thursday, alleged, “There has been a spurt in infiltration activities in the recent past and the present infiltration bid comes close on the heels of a similar attempt in the Uri sector a few days back. It is difficult to believe that the infiltration by such a heavily armed group, can take place without the connivance of local Pakistan military commanders.”

It had added, “Current violence levels in the Kashmir Valley are low. The infiltration bid indicates Pakistan’s desperate attempt to sustain cross border terrorism and bring in weapons to orchestrate violent incidents in the Valley.”

The reported ceasefire violation in Teetwal comes a day after Pakistan Prime Minister Imran Khan, while speaking at the United Nations General Assembly (UNGA), said, “Last February, we reaffirmed the 2003 ceasefire understanding along the Line of Control. The hope was that it would lead to a rethink of the strategy in New Delhi. Sadly, the BJP government has intensified repression in Kashmir and continues to vitiate the environment by these barbaric acts.”