However, this is not the first time that she has poked fun at her husband and his expressions. 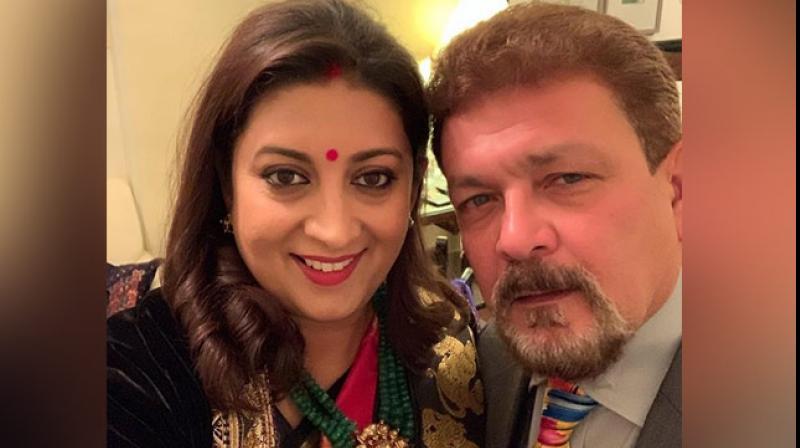 Irani, who is now famous for her wry humour, shared a picture of her husband, Zubin Irani, through the Instagram 'stories' feature. (Photo: Instagram/ Smriti Irani)

Mumbai: Union Minister Smriti Irani again delighted her followers with hilarious post on Instagram. Irani, who is now famous for her wry humour, shared a picture of her husband, Zubin Irani, through the Instagram 'stories' feature.

In the picture, an exasperated Irani is seen holding his forehead. Although, it was Smriti Irani's accompanying caption that took the cake. "The biwi se pareshan look ('annoyed with his wife' look)," she wrote, tagging her husband. 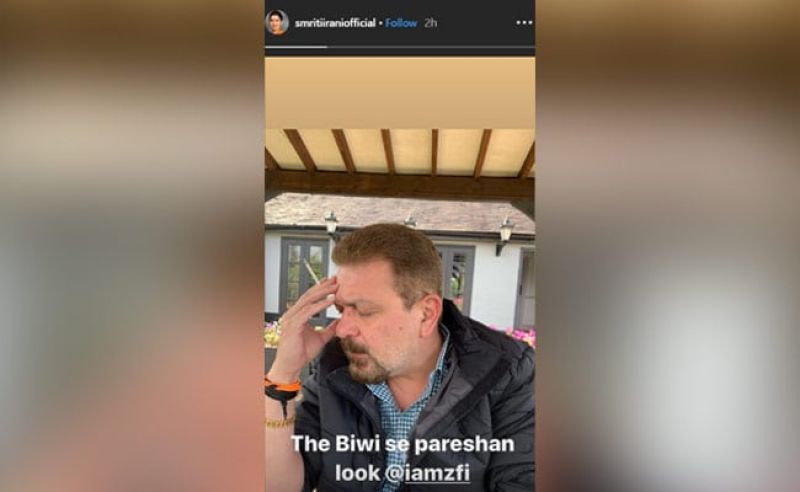 However, this is not the first time that she has poked fun at her husband and his expressions. Earlier in December, she had shared a picture that shows them sitting on stairs.

In the pic, the minister is looking up at a thought bubble in the pic which says: "Hey bhagwan Utha le..mujhe nahi mere vazan ko utha le (oh Lord, please take, not me...take my weight)". Her husband is shown thinking: "Isko bhi uthaloge toh chalega (if you take her too, it will be fine)".

Besides memes and jokes, Irani often shares pictures of her family on Instagram.