India   All India  27 Sep 2019  Kill me, if govt cannot imprison a criminal: Wife of cop who died in Bulandshahr violence
India, All India

Kill me, if govt cannot imprison a criminal: Wife of cop who died in Bulandshahr violence

Sedition charges were slapped on 44 people who were accused of instigating the violence in Chingravathi area of Bulandshahr. 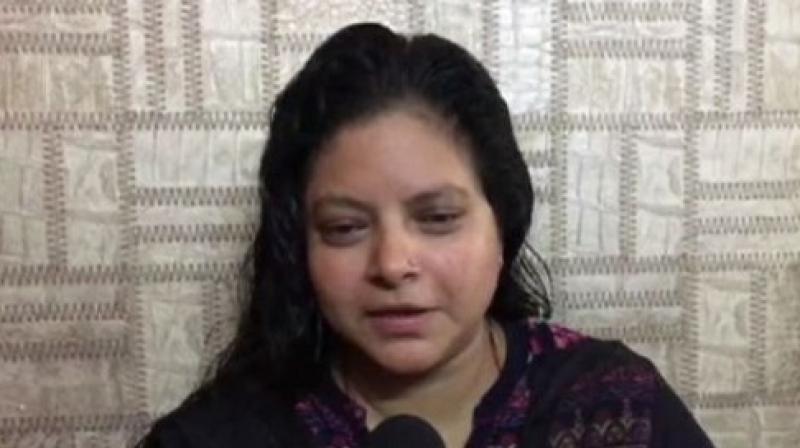 The Allahabad High Court on September 25 granted bail to Yogesh Raj, a local Bajrang Dal leader. Other five accused in the case have already got the bail. (Photo: ANI)

Noida: A day after the main accused in the Bulandshahr violence case that claimed the life of Inspector Subodh Kumar Singh got the bail, wife of the Inspector, Rajni Singh on Friday appealed the government to kill her if the criminals cannot be imprisoned.

"I am very upset that the main accused is out on bail. The bail was not possible in the case. I am very upset with the justice system. What is happening is very wrong. I want to appeal to the government that if you cannot punish the criminals, then get me also killed. Then there will be nobody to question the government or the government would not need to give explanations to anybody," Rajni Singh told ANI.

"This is very bad news for us. They were the prime suspects in the FIR and in the case. He (Yogesh Raj) was responsible for all that had happened. What is the guarantee that he will not do that again after coming out? It has not even been eight months in the jail that he has got the bail," said her son Shrey Pratap Singh.

"The government should apply for bail cancellation and should set an example to the public that our legal system is above these criminals," he further said.

The Allahabad High Court on September 25 granted bail to Yogesh Raj, a local Bajrang Dal leader. Other five accused in the case have already got the bail.

Inspector Singh and a local youth were killed in Uttar Pradesh's Bulandshahr on December 3, 2018, when a mob went on a rampage over allegations of illegal cow slaughter.

Sedition charges were slapped on 44 people who were accused of instigating the violence in Chingravathi area of Bulandshahr.

As many as 44 people were sent to the jail, out of which six have got bail eight months after the violence.