His comments contradict the J&K Police which had said that Dar, who had gone to cast his vote, was a victim of 'wrongful confinement'. 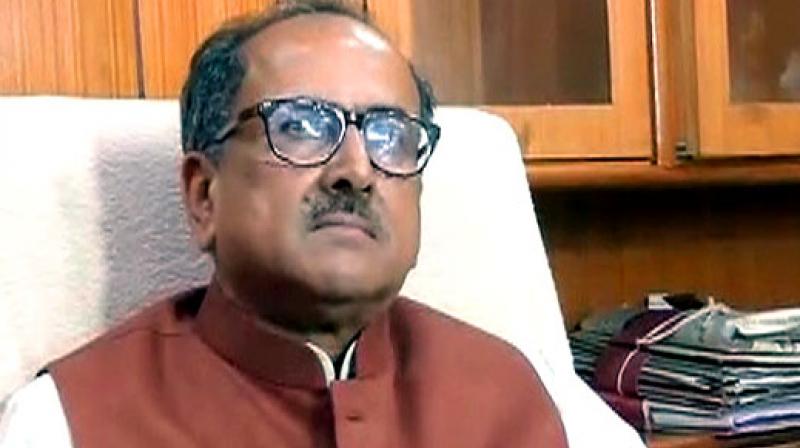 New Delhi: Jammu and Kashmir Deputy Chief Minister Nirmal Singh on Wednesday alleged that Farooq Ahmad Dar, who was used by the Army as a human shield, was a "mastermind and a leader of stone pelters".

Singh's comments contradict the Jammu and Kashmir Police which had said in a report that Dar, who had gone to cast his vote, was a victim of "wrongful confinement".

"I don't know about the report. But he was a mastermind and leader of stone pelters. Though as a government we do not support the means (human shield), we support Major Gogoi for making his intentions clear and positive," Singh told reporters, claiming that everything was "fair in love and war".

The deputy CM was in the national capital to take part in a lecture, 'Peace in Jammu and Kashmir: Challenges and Opportunities', in JNU.

The Army had said that Gogoi had decided to use Dar as a human shield by tying him on the bonnet of his jeep to deter stone pelters.

On the Rohingya issue, he claimed that they were foreigners who had "illegally" entered India and the state government was taking all steps to remove them under the direction of the Centre.

"They have illegally entered India and have a presence in Jammu and Samba districts. The state is working on shifting them as there was a potential of Pakistan using them as terrorists," he claimed.

During the lecture, he highlighted the importance of Sufism in Kashmir and how the region was developing as a peace constituency.

"Sufism is the soul of Kashmir and there are a whole lot of development activities which have gone unheard of," said Singh who criticised separatist leaders in Kashmir for complicating issues.

Efforts were being made to revive Sufism and Shaivism in Kashmir which, he said, was the way forward.