Singh, who was responding to a question on Sinha's remarks, said no one should forget these facts about the country. 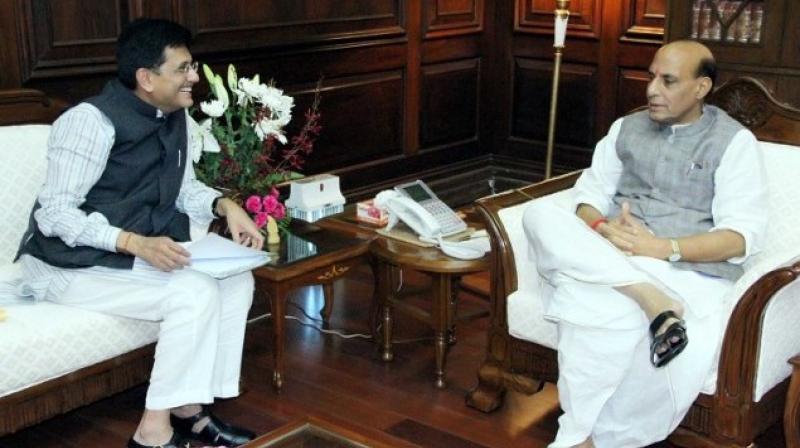 New Delhi: Home Minister Rajnath Singh on Wednesday downplayed senior BJP leader Yashwant Sinha's criticism of the Centre, saying Indian economy is the fastest growing in the world and the country's credibility has been established in the international arena.

Singh, who was responding to a question on Sinha's remarks over the state of the economy, said no one should forget these facts about the country.

"The whole world admits that India is the fastest growing economy in the world. No one should forget this fact. In the matter of economy, in the international arena, India's credibility has been established," he told reporters in the national capital.

Read: Wings have fallen off our plane: Rahul mocks at Ex-FM's article

The BJP government under the leadership of Prime Minister Narendra Modi has brought in landmark reforms, including Goods and Services Tax (GST), Union minister Piyush Goyal said, while saying that Indian economy is the fastest in the world.

In a newspaper article headlined, "I need to speak up now", Sinha criticised Arun Jaitley over what he called the "mess the finance minister has made of the economy".

Sinha, a former finance minister in Prime Minister Atal Bihari Vajpayee-led NDA government who has been sidelined in the party, claimed a revival by the time of the next Lok Sabha election was "highly unlikely" and a "hard landing" appeared inevitable.