Gandhi is on a three-day visit to Wayanad to meet locals and Congress leaders. 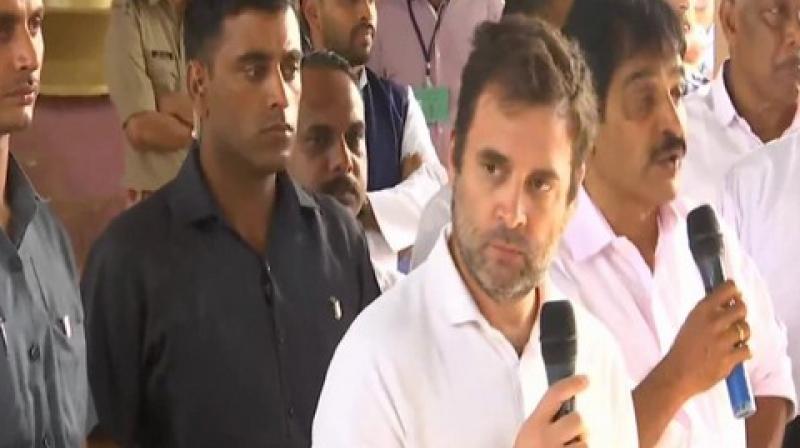 Wayanad: Congress MP Rahul Gandhi on Tuesday asserted that he is incessantly pressurising both the Central and Kerala government to extend compensation to those affected by the floods in his constituency.

Gandhi, who met the flood-affected people at a relief camp at Hill Face School Auditorium in Makkiyad said, "It is my duty to put pressure on the Kerala government and make sure that the people who have lost their property are compensated on time. To make sure that the roads which were swept away are constructed in time, I have been pressurising both the state, its chief minister and the Central government."

Gandhi is on a three-day visit to Wayanad to meet locals and Congress leaders.

During his last visit, Gandhi claimed to have met the district administration to address the issue. "The officials committed to me that they will compensate everybody who has lost their property in Wayanad," he said.

"I am in my parliamentary constituency, Wayanad, for the next few days, visiting flood relief camps and reviewing rehabilitation work in the area. Much has been accomplished, but there's so much more that still needs to be done," he tweeted from his official Twitter account.

He also wrote to the Kerala Chief Minister Pinarayi Vijayan urging him to help flood-affected families who have lost their essential documents due to floods in his constituency.

Twelve people lost their lives in Wayanad while seven went missing after heavy rains and floods battered the region.