India   All India  27 Aug 2019  Assam: Govt to provide free legal aid to those excluded from NRC record
India, All India

Assam: Govt to provide free legal aid to those excluded from NRC record

People left out of the NRC will not be detained 'under any circumstances' until foreigners tribunals (FTs) declare them as foreigners. 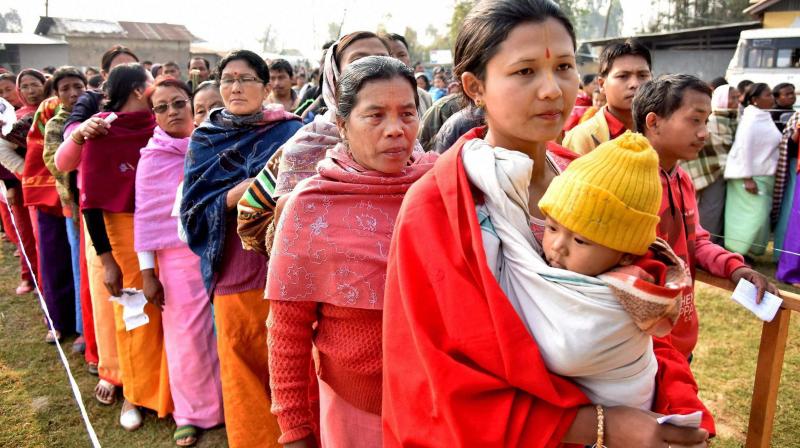 When the draft NRC was published on July 30, 2018, there was a huge controversy over the exclusion of 40.7 lakh people from it. (Photo: File)

Guwahati: Seeking to allay the concerns of bonafide citizens, the Assam government, on Tuesday, said it will provide legal aid to the "needy" people whose names do not figure in the final NRC list to be published on August 31.

People left out of the National Register of Citizens (NRC) will not be detained "under any circumstances" until foreigners tribunals (FTs) declare them as foreigners, Assam's Additional Chief Secretary (Home) Kumar Sanjay Krishna said in a statement.

"The state government will make necessary arrangements to provide legal aid to the needy people amongst those excluded from NRC by providing all assistance through the District Legal Services Authorities (DLSA)," he said.

Under the provisions of the Foreigners' Act, 1946, and Foreigners (Tribunals) Order, 1964, only foreigners tribunals are empowered to declare a person a foreigner.

"Therefore, non-inclusion of a person's name in NRC does not by itself amount to him/her being declared as a foreigner," the statement said.

For the benefit of those whose names do not appear in the final NRC, appeals can be made as per Section 8 of Schedule to the Citizenship (Registration of Citizens and Issue of National Identity Cards) Rules, 2003.

The Centre has extended the time limit for filing of appeals from 60 days to 120 days and necessary amendment has been made to the Foreigners' (Tribunals) Amendment Order, 2019, 200 foreigners tribunals are being set up shortly for hearing the appeals filed in the designated foreigners tribunals, which will be notified by the state government very soon, the statement said.

Another 200 foreigners tribunals will be set up soon and effort is being made to establish them at convenient places so that filing and hearing of appeals are done smoothly and efficiently, he said.

The process of updation of NRC is being conducted by the Registrar General of India and the entire process is being monitored by the Supreme Court. The final NRC, unique to Assam, will be published on August 31. The previous NRC was published in the state in 1951

When the draft NRC was published on July 30, 2018, there was a huge controversy over the exclusion of 40.7 lakh people from it.

The draft NRC included the names of 2.9 crore people out of the total 3.29 crore applications. In the list published in June 2019, over a lakh more people were excluded.

The Supreme Court-monitored NRC exercise, aimed at identifying illegal immigrants in the state that borders Bangladesh, was carried out in Assam, which faced an influx of people from Bangladesh since the early 20th century.