India   All India  27 Jul 2020  Will President Kovind lend ears to the miseries of this Kerala costal village student?
India, All India

Will President Kovind lend ears to the miseries of this Kerala costal village student?

Villagers abandon their homes when the monsoon brings the sea in. This year they are prisoners of COVID-19 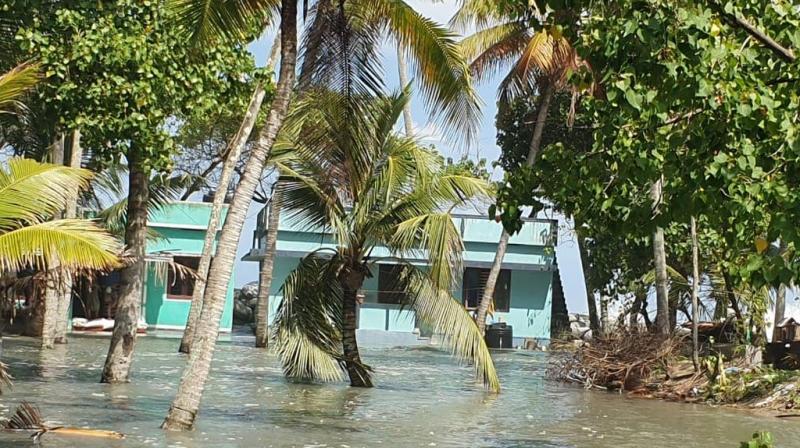 For the residents of Chellanam, sea erosion, inundation of houses and temporary relocation to relief camps or relatives’ houses are annual affairs during the monsoon

Kochi: Left with no other choice, a high school student from Chellanam, a tiny coastal village in Ernakulam, Kerala, has approached president Ram Nath Kovind seeking his intervention in protecting his village from the sea.

Edgar Sebastian, a class 10 student from Chellanam, sent an email to Rashtrapati Bhavan and not only the boy but the entire village is pinning hopes on the president.

“There is no one to help us. I am writing this mail out of fear. My family used to shift from our home every year during sea erosion. But this year we could not leave the house due to the coronavirus pandemic. Though the villagers have approached several offices, the authorities failed to take any measures in protecting the village from ferocious waves,” Edgar said in his email.

According to the boy’s email more than 400 houses in the coastal village were damaged during this monsoon. 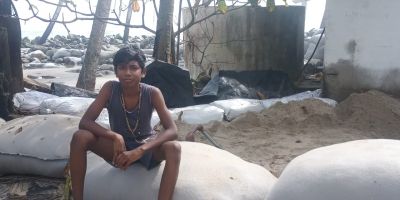 Edgar Sebastian, a class 10 student from Chellanam, sent an email to Rashtrapati Bhavan

For the residents of Chellanam, sea erosion, inundation of houses and temporary relocation to relief camps or relatives’ houses are annual affairs during the monsoon.

But this year, the villagers, most of them fishermen, are facing an unprecedented crisis as they are caught between the pandemic and the rough sea.

Signs of hopelessness and anguish are seen on the face of every villager as they stare at a bleak future. Many families have lost their valuables when mighty waves entered their small houses. Children are worried over the loss of their online classes as many of them lost or damaged the television sets or mobile phones in flooding.

The villagers are furious over the failure of the authorities in addressing their demand for a permanent system to insulate the village from lashing waves. They are up in arms against the piecemeal measures taken by the authorities like construction of temporary sea wall using geo-tubes. More than 1000 families along the more than two kilometre costal stretch where sea wall is broken are at the mercy of sea.

“Though funds have been earmarked and works started for construction of temporary sea wall using geo-tubes it has not been completed. Every year, the authorities will take some measures for seawall construction during February and March which is just eye-wash. Nothing will be realised,” said Jinson Veluthamannungal, executive committee member of the West Kochi Coastal Protection Forum.

The health authorities announced the densely populated coastal village is as a COVID-19 spread cluster with more than 260 reported cases.

This is an unprecedented situation. As many of the villagers are under home quarantine, relocating to camps or other houses was not possible.

In many houses, women, children and the elderly had to spend day and night in the open terrace area during sea erosion.

“Though the authorities have promised opening of relief camps, no one was willing to relocate as the officials failed to ensure COVID-19 protocol in the camps,” said TA Dalfine, convener of West Kochi Coastal Protection Forum.

“Though positive cases have been reported from only three wards in Chellanam, the entire panchayat area has been declared as a containment zone. But, the actual number of positive cases will be higher as only very few tests are being done in the area,” he added.

Even though the rough sea receded from the village with huge heaps of sand and mud deposited in every household, it will take several days to get back to normal life.

In Bazar, the worst affected area, toilets have become unusable in most of the households with big heaps of sand.

With heavy rains expected next month, the residents are worried over another episode of sea ravage.