The letters alleged that police have been giving motorcycles and money to tribal youth to cover up their failures. 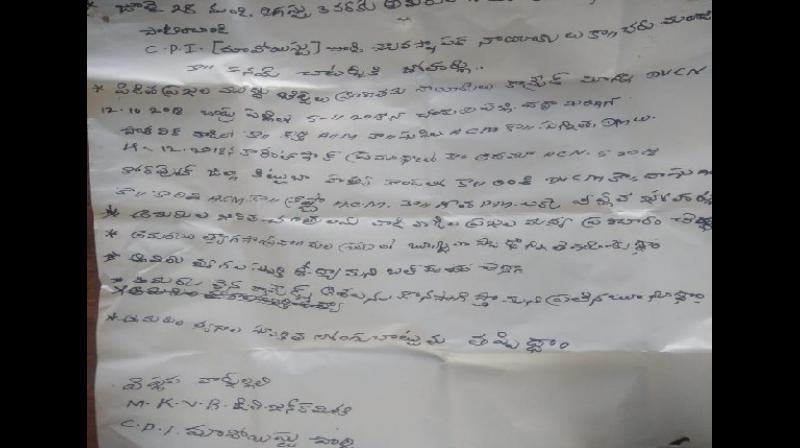 The letters alleged that police have been giving motorcycles and money to tribal youth to cover up their failures.

The letter further alleged that Visakhapatnam district police are carrying out false propaganda against Maoists.

Tribals are being forced to do rallies and make posters in the name of anti-Maoist associations. Tribal communities are being persecuted by the police, the letter said.

Similar posters were also found in Veerabhadravaram village in Mulugu district. Here, posters were released in the name of Vajedu committee of CPI (Maoist).