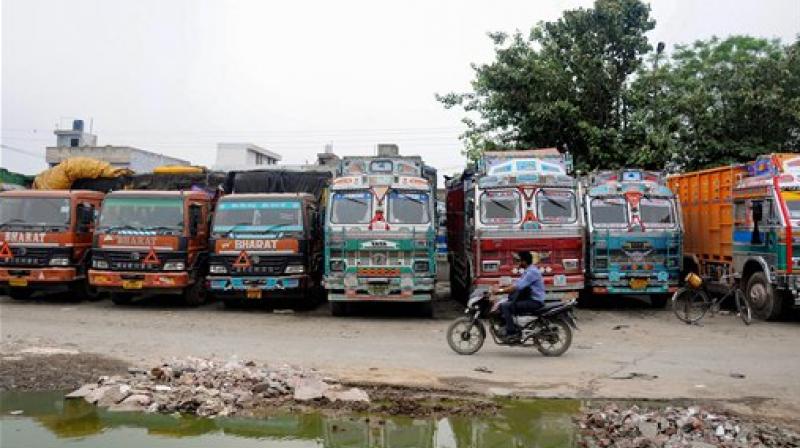 Mumbai: Truck operators on Friday decided to call off their week-long strike after government ensured them that their demands will be considered.

“Their role in keeping economy on track is integral. We will try our best to solve their problems at the earliest. I would like to thank the community for calling off the strike,” Y S Malik, Road Transport Secretary, told news agency ANI.

All India Motor Transport Congress (AIMTC), which claims support of 93 lakh truckers, started a nationwide indefinite strike on July 20 demanding a reduction in central and state taxes by getting diesel under the GST so that the price of the deregulated commodity can be reduced.

The truckers were also opposing the "flawed and non-transparent" toll collection system saying it favoured the concessionaires and alleged that the time and fuel loss amounted to up to Rs 1.5 trillion annually on this count.

Apart from this, they were also pressing for exemptions and abolitions in direct taxes, national permits for all buses and trucks and also doing away with the direct port delivery tendering system.

Established in 1936, the All-India Motor Transport Congress and calls itself as the apex body of transporters representing over 93 lakh truckers and around 50 lakh buses, tourist taxi and cab operators.