Singh said Pak military was behind ousting of Nawaz Sharif from power and putting him and his daughter in jail just before elections. 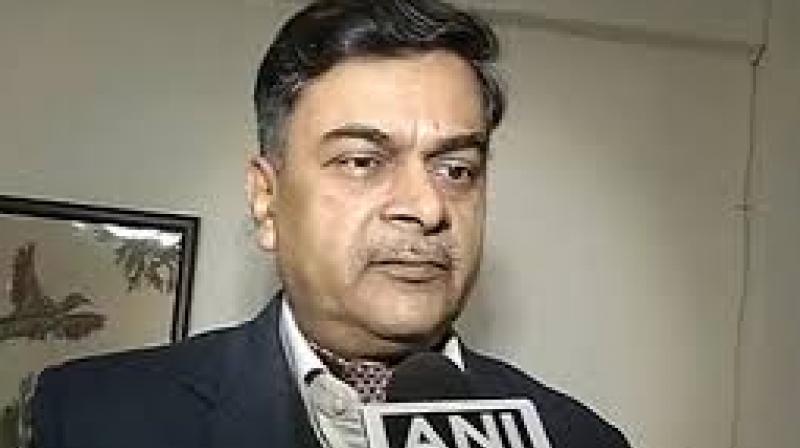 Union Minister R K Singh said Khan was supported by Pakistan's Army and that the cricketer-turned-politician was likely to follow policies of the military including in matters relating to India. (Photo: File)

New Delhi: The general elections in Pakistan were "rigged" and Islamabad is unlikely to change its policy of hostility towards India if Pakistan Tehreek-e-Insaf (PTI) chief Imran Khan becomes Prime Minister, Union minister R K Singh said, in first official reaction on the poll outcome in the neighbouring country.

Singh said Khan was supported by Pakistan's Army and that the cricketer-turned-politician was likely to follow policies of the military including in matters relating to India.

There has not been any reaction from the Ministry of External Affairs so far on Pakistan's election outcome.

"(The) military is supporting him from the start. He has always been a military candidate," Singh, a former Home Secretary, said.

He said the elections in Pakistan were "rigged" and it has been said by political parties and observers in that country.

Singh said the Pakistan military was behind ousting of Nawaz Sharif from power and putting him and his daughter in jail just before the elections.

"I don't see any change in Pakistan's policy towards India. The cross-border terrorism will continue...Pakistan military takes decision on such policy," Singh said.

The 65-year-old Khan, the flamboyant cricketer-turned-politician, is set to become the next prime minister of Pakistan with his PTI emerging as the single largest party, but falling short of a majority.

Former prime minister Nawaz Sharif's Pakistan Muslim League-Nawaz (PML-N) and several other parties have questioned the outcome of the election results, alleging vote-rigging in favour of Khan by the Army.

Khan said Pakistan was ready to improve its ties with India and that his government would like the leaders of the two sides to resolve all disputes, including the "core issue" of Kashmir.

"If they take one step towards us, we will take two, but at least (we) need a start," Khan said in his first public address after leading his party to victory.

Ties between India and Pakistan have nose-dived in the last few years over cross-border terrorism. Relations worsened after terror attacks by Pakistan-based groups on several military bases in India.

New Delhi has been maintaining that Pakistan must stop terror activities from its soil for any meaningful talks between the two countries to resolve the outstanding issues.