The man was seen holding a banner that read, 'AP need special status'. 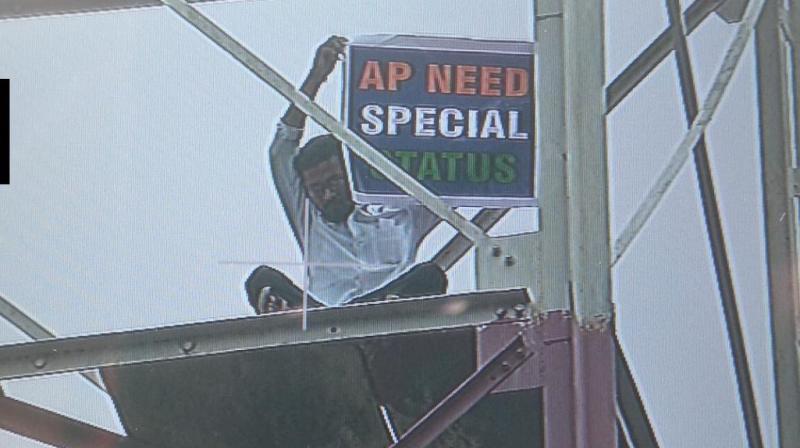 The man has been sitting there for one-and-a-half hours, police said, adding that efforts were being made to bring him down. (Photo: Twitter | ANI)

New Delhi: A man climbed a tower near the Metro Bhawan in the national capital demanding special status for Andhra Pradesh on Friday, police said.

The man has been sitting there for one-and-a-half hours, Deputy Commissioner of Police (New Delhi) Madhur Verma said, adding that efforts were being made to bring him down.

A fire tender has also been rushed to the spot.

A political battle over the special category status to Andhra Pradesh had led to the Telugu Desam Party (TDP) walking out of the NDA.

Last week, the TDP moved a no-confidence motion against the government in the Lok Sabha over the issue. However, the move was defeated.