India   All India  27 Jul 2018  Goa writer given police security following inputs of threat to his life
India, All India 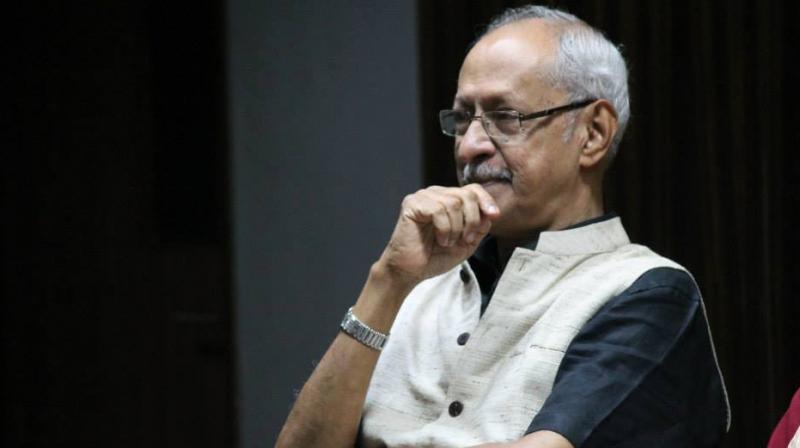 'I did not want to take security cover. Personally, I have never received any threat. I came to know about it from the police department,' Damodar Mauzo said. (Photo: Facebook Screengrab)

Panaji: The Goa Police has provided security cover to eminent writer and Sahitya Akademi award winner Damodar Mauzo following intelligence inputs from the special investigation team probing the murder of journalist-activist Gauri Lankesh in Karnataka about a threat to his life, a senior official said on Friday.

"Security (cover) was provided to the writer after we received intelligence inputs about a threat to his life. The cover will continue till a further review of the threat perception," the official attached to the state police's security branch told news agency PTI. He, however, refused to divulge further details.

"I did not want to take security cover. Personally, I have never received any threat. I came to know about it from the police department," he said.

Goa Chief Minister Manohar Parrikar also told the state Legislative Assembly that Mauzo had been provided police protection following intelligence inputs about a threat to his life. Parrikar was responding to a question from Congress MLA Aleixo Reginaldo Lourenco in this regard.

"I had received a message from the Union Home ministry that some names had emerged during the interrogation of suspects in Gauri Lankesh murder case," Parrikar told the House.

"I have acted immediately. I told police to provide protection to Mauzo and protection has been given," he informed the Assembly.

Mauzo, known for his progressive writing in Konkani, was awarded the Sahitya Akademi award for his novel "Karmelin" in 1983. He played an important role in the 1967 opinion poll, a referendum on whether or not Goa should merge with neighbouring Maharashtra. He was also part of a movement which demanded that Konkani be made the official language of Goa.

The co-founder and co-curator of the Goa Art and Literary Festival, an annual event that started here in 2010, Mauzo has written several novels and is a regular contributor to newspaper columns.