An al-Qaeda-affiliated information network revealed that Musa has been made the head of Ansar Ghuzwat-Ul-Hind. 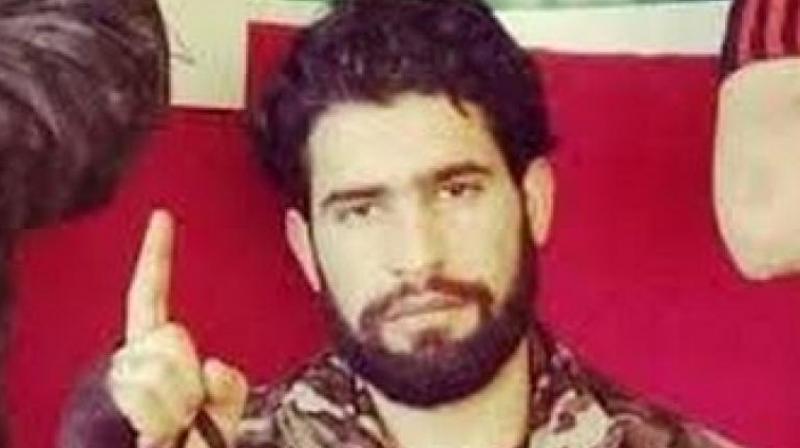 Zakir Musa was affiliated to Hizbul-Mujahideen and was a close associate of slain Hizb commander Burhan Wani. (File photo)

Srinagar: An al-Qaeda-affiliated propaganda channel has announced Kashmiri militant commander Zakir Musa as the head of its cell created recently in Kashmir.

The Guardian on Thursday reported that 23-year-old Musa, the leading figure among a new generation of militants in Jammu & Kashmir, has been made the head of the new cell, named Ansar Ghuzwat-Ul-Hind.

As per the report, Global Islamic Media Front, an al-Qaeda-affiliated information network, had revealed about the new group in a statement released on Thursday. However, Musa, who is believed to be operating from south Kashmir, has not commented on the matter yet.

Musa, a close associate of slain Hizbul-Mujahideen commander Burhan Wani, had declared in April that Kashmiris should not “fall for nationalism”, the traditional goal of the separatists. He had threatened to chop off the heads of separatist leaders for calling their struggle a political movement.

However, Hizbul-Mujahideen, the outfit Zakir was affiliated to, quickly distanced itself from his statement and the ideology he was seeking to propagate. Musa reacted sharply to it and announced that he is not associated with the Hizb anymore. He added that he stood by his earlier statement.

Separatist leaders Syed Ali Shah Geelani, Mirwaiz Umar Farooq and Muhammad Yasin Malik had earlier said in a joint statement that the ongoing “freedom movement” in Kashmir had nothing to do with ISIS and al-Qada-like organisations.

They had also said that there is no role for these groups in “our movement”, which was “indigenous” and sought freedom for 15 million people of the state, and that the same is not driven by religion.