Two IAF personnel were injured when two explosives-laden drones crashed into the station around 1.40 am 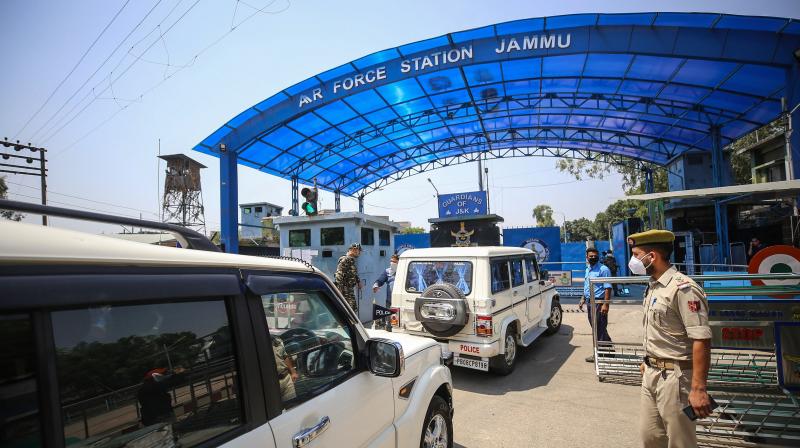 The police, IAF and other agencies were investigating the attack, he said. Two IAF personnel were injured when two explosives-laden drones crashed into the station around 1.40 am. The blasts took place within six minutes of each other. The first blast ripped off the roof of a single-storey building at the technical area of the airport manned by the IAF in Satwari area of the city. The second one was on the ground, officials said.

Investigators are also examining the possible use of drones to drop the explosives at the technical area of the Jammu airport that has various assets of the IAF.

In a Twitter post, the IAF said two "low-intensity explosions" were reported early Sunday morning in the technical area of Jammu air force station and one of them caused minor damage to the roof of a building while the other exploded in an open area".

"There was no damage to any equipment. Investigation is in progress along with civil agencies," it said.

The people familiar with the defence and security establishment said Chief of Air Staff, Air Chief Marshal RKS Bhadauria has been apprised about the explosions. The IAF chief is on a three-day visit to Bangladesh from Saturday.

Earlier, the defence spokesperson said, "There were reports of an explosion inside Air Force Station Jammu. There is no injury to any personnel or any damage to any equipment. Investigation is on and further details are awaited". He said the area was sealed by security forces within minutes. A high level meeting was underway at the Air Force station with senior police and Indian Air Force officials in attendance, sources said.

Various probe teams including that of the IAF and National Investigation Agency have also reached the Air Force station. Jammu airport is a civil airport with the runway and the ATC under the IAF. Jammu Airport director Pravat Ranjan Beuria told PTI that there was no disruption in the flight operations due to the explosions. The flights to and from Jammu airport are operating as per the schedule, he said.