Sources said there should be at least seven days of advance notice as per the pact. 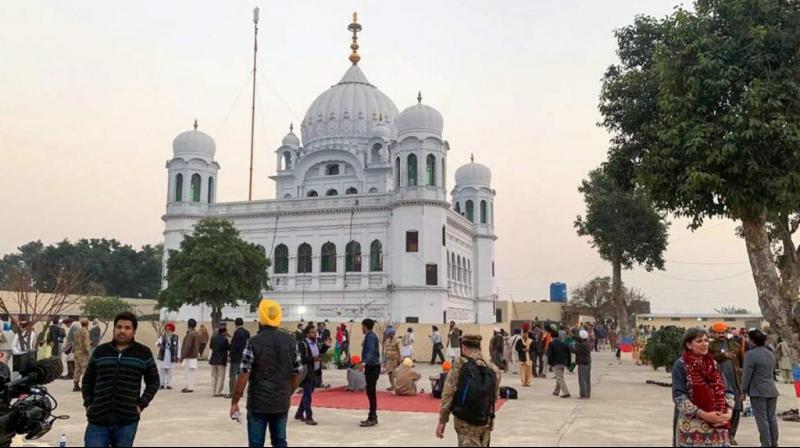 New Delhi: Indian Government sources on Saturday snubbed and rejected an offer by Pakistan to reopen the Kartarpur Sahib Corridor for Indian pilgrims on June 29 on the death anniversary of the 19th century Emperor of the Sikh Kingdom Maharaja Ranjit Singh, saying that “Pakistan is trying to create a mirage of goodwill” but has proposed this at the very short notice of just two days.

Sources said there should be at least seven days of advance notice as per the pact between the two nations due to preparations that need to be done for the registration process. Sources also pointed out that any cross-border travel can only be permitted in consultation with health authorities, adding that the advent of monsoon would require evaluating the safety of the pilgrims on the corridor. Sources further added that Pakistan has not built the bridge on their side across the flood plains of Ravi river despite having committed to it in the bilateral agreement.

This comes at a time of rock-bottom bilateral ties, as both countries are reducing their staff strength at their respective High Commissions by half, after India fired the salvo earlier this week on Tuesday.

Hailing the Kartarpur Corridor as a “true symbol of peace and religious harmony”, Pakistan on Saturday morning offered to open the corridor, saying that as “religious places are gradually opening up around the world, Pakistan has also made necessary arrangements to reopen Kartarpur Sahib Corridor for Sikh pilgrims”. Islamabad also invited New Delhi to work out necessary Standard Operating Procedures (SOPs) for reopening of the Corridor to ensure compliance with health guidelines.

Pakistan had “temporarily closed” the Kartarpur Sahib Corridor on March 16 this year due to the COVID-19 pandemic. Both countries had inaugurated the Kartarpur Sahib corridor on both sides of the border (Indian and Pakistani Punjab) in November 2018  for the 550th birth anniversary of the first Guru of the Sikhs Guru Nanak. The corridor leads to the historic Kartarpur Sahib Gurudwara — now located close to the border in Pakistani Punjab — where Guru Nanak had spent the last years of his life in the 16th century.

Rejecting the offer, Indian government sources on Saturday said, "Cross border travel has been temporarily suspended as part of measures to prevent and contain the spread of coronavirus. Further view would be taken in consultation with health authorities and other stakeholders concerned. ... Besides, Pakistan has not built the bridge on their side across the flood plains of Ravi river despite having committed to it in the bilateral agreement.  With the advent of monsoon, it would need to be evaluated whether pilgrim movement is possible throught the corridor in a safe and secure manner."