India   All India  27 Jun 2019  Not in my knowledge right now: Haryana CM on killing of Vikas Chaudhary
India, All India

Not in my knowledge right now: Haryana CM on killing of Vikas Chaudhary

Haryana Congress leader Vikas Chaudhary was shot at in Faridabad. However, he later succumbed to his injuries. 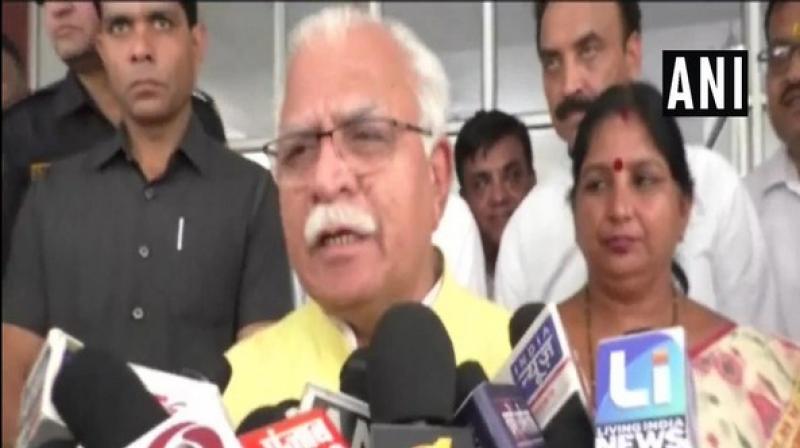 Gurugram: Haryana Chief Minister Manohar Lal Khattar on Wednsday said that he has not received any information about the murder of Congress leader Vikas Chaudhary's in Faridabad.

"It is not in my knowledge right now," he said while speaking to reporters in Gurugram in the afternoon on Thursday.

Early morning, Haryana Congress leader Vikas Chaudhary was shot at in Faridabad. However, he later succumbed to his injuries.

The Congress leader was attacked while traveling in his car in the morning.
Hours after the incident, Khattar government was attacked by Opposition leaders who alleged that there is a complete failure of law and order in the state.

"There is a complete failure of law and order in the state. No one is feeling safe in Haryana. The government must catch the culprits at the earliest and give them a severe punishment. May god give strength to the family of the deceased to bear the loss," said Haryana former Chief Minister and Congress leader Bhupinder S Hooda.

Another Congress leader Randeep Singh Surjewala attacked the ruling BJP and accused it of spreading violence in the region.

"Under the BJP rule, the state has become a stronghold of gundaraj and organised crime. There is no law and order in the state as goons and other chaotic elements are ruling the state. It is not only the Khattar Government which is to blame for creating such an atmosphere. A thorough investigation should be conducted into the matter and the BJP must make efforts to provide speedy justice," he said.

Ashok Tanwar, Haryana Congress President also condemned the gruesome incident and claimed that there is no law and order in the region.

"It is a 'jungle raj', there is no fear of law. The same kind of incident happened yesterday, where a woman who opposed molestation was stabbed. There should be an investigation," Tanwar said while speaking to ANI.