The statement also issued a clarification on the food being laid out for these inmates. 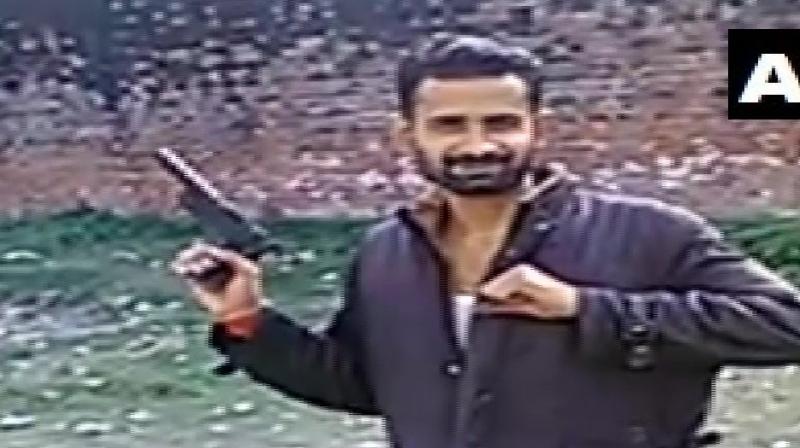 The Additional Director General also said that the video dates back to February, and inmates can be seen in winter clothing. (Photo: ANI | Twitter)

Lucknow: Action has been initiated against four officials of Uttar Pradesh's Unnao district jail, after a video of two inmates holding a country-made pistol inside the prison premises went viral on the social media, officials said on Wednesday.

The Uttar Pradesh home department, however, came up with a bizarre clarification saying the pistol was apparently "made of clay" and looked real because one of the two inmates is a "good painter". The statement also issued a clarification on the food being laid out for these inmates.

The police department said that the video of the inmates - Amrish and Gaurav Pratap Singh, who also goes by the name Ankur - was circulated on the social media on June 23.

Terming the entire sequence of events as "serious", Additional Director General (Prisons) Anand Kumar said, "In the investigation, it was found that the incident was done in collusion with some jail officials to put pressure on the jail administration."

"In this context, head jail warders Mata Prasad and Hemraj, jail warder Awadhesh Sahu and Saleem Khan have been found to be colluding with the inmates, and action is being initiated against them as per rules," he added.

The Additional Director General also said that the video dates back to February, and inmates can be seen in winter clothing.

"Inmate Amrish was brought to Unnao jail from Meerut, while Gaurav was transferred from Lucknow," he said.

In a statement about the video, the UP home department said, "During the probe, it was found that Gaurav is a very good painter, and the country-made pistol shown in the video is actually made of clay (mitti)."

"Apart from this, all the food items, which are seen in the video, are regular items which are given to the inmates. None of the items were brought from outside or are objectionable," the statement added.

Inmates at the Unnao jail seen in a viral video brandishing weapons and drinking liquor at the jail. AK Singh, Jail Superintendent (Picture 4) says, "A report on the incident has been sent to higher officials, strict action will be taken within 1-2 days," (26.6.19) pic.twitter.com/2FpGVN1PyQ

The statement also said that inmate Amrish, a resident of Meerut, is serving a life-term for murder and loot, while inmate Gaurav, who is from Rae Bareli is serving time for several cases of loot and murder."