Over 150 sheep killed in past two months. 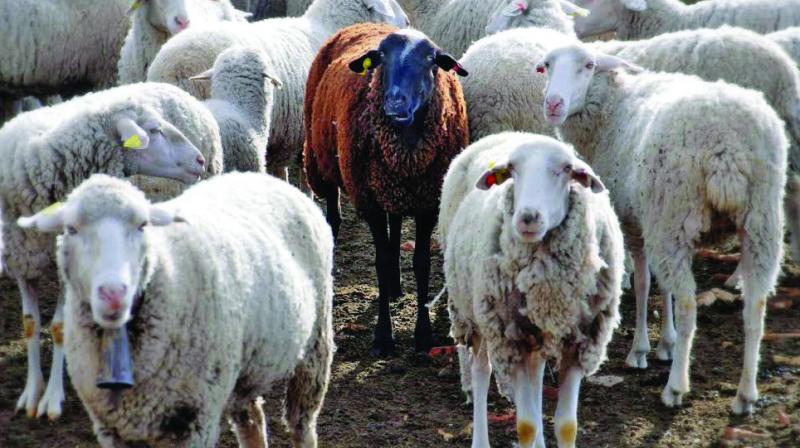 Bhubaneswar: Rumours about an “unseen creature” killing sheep and attacking humans of Niali in Cuttack district have been doing the rounds. Though a few sheep have been killed in the village, no proof its existence has yet been established. Adding to the confusion is the social media, where fake photographs and morphed videos of the creature are going viral.

According to sources, some “alien creature” has allegedly been killing sheep in the area at night since the past two months. Recently, some humans also were reportedly attacked. Though no one has seen it, many are assuming it to be a dog-like creature with long nails.

Panic among locals in Niali prevails as three more sheep were found dead under mysterious circumstances with the liver of the animals missing at Alana in the block on Sunday night. Two other animals were injured, reports said.

Fisheries and animal resources development minister Damodar Rout on Monday denied the report of a mysterious animal killing the sheep. It could be hyena that killed them, he added. Dr Rout further said the photograph and video of killer animal, which went viral on social media, was all rumour.

“The deaths of the sheep are true, but the claim of a liver missing from those that the killed animals is false. Chief district veterinary officer (CDVO), Cuttack, has written to the forest department regarding the matter. He has been asked to submit a report on the death of domestic animals,” Dr Rout added.

Cuttack collector Nirmal Mishra on Monday ordered for an inquiry team to investigate the death of sheep. As many as 150 lambs were killed in Amanakuda, Bansahi and other villagers under Niali block in last two months in a similar style. Locals are reportedly spending sleepless nights to catch the killer, but in vain.

They suspect a mysterious animal killed the sheep even as no proof of the killer has yet been established.