Gen. Bajwa hailed the morale of troops, their devotion and operational preparedness, said a military statement. 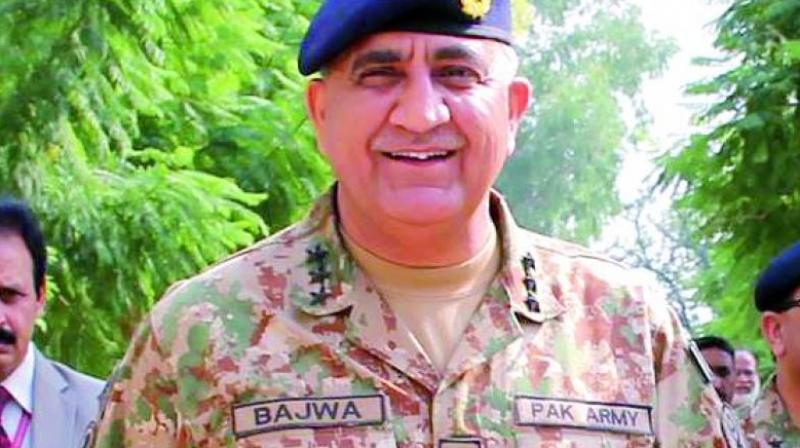 Gen. Bajwa hailed the morale of troops, their devotion and operational preparedness, said a military statement. “Pakistan Army stands shoulder to shoulder with victims of terrorism and oil tanker fire,” Gen. Bajwa said. “We will overcome all challenges by staying united and steadfast as a nation,” he added.

The Navy Chief was accompanied by officiating Commander Coast Rear Admiral Athar Mukhtar during the visit. The admiral visited the Ghani post, located near the Pakistan-India border and had informal interaction personnel.

He lauded their level of motivation and determination to safeguard maritime frontiers of the country at critical area under very harsh topographic environment comprising marshes, swamps and unpredictable waterways, said a military statement.

Meanwhile, Id was celebrated throughout Pakistan, and Id congregations were held at open places‚ mosques and Eidgahs in all major cities, towns and villages of the country.

In Islamabad, the main Id congregation was held at Faisal Mosque where President Mamnoon Husssain offered his Id prayer. A large number of people, including parliamentarians, ministers and envoys of Islamic countries also offered Id prayers at the Faisal Mosque.

Security was beefed up in different parts of the country, including the federal capital, to avoid any untoward incident on the auspicious occasion. Snap checking and patrolling by law enforcing agencies have been increased.